Africa Creates: The Lioness is in the House 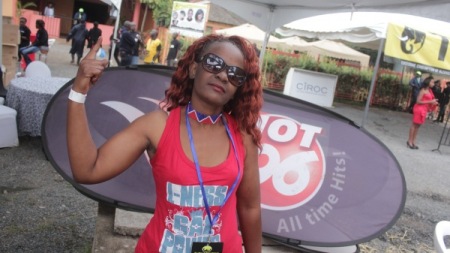 L-NESS alias Lydia Owano Akwabi is a Hip Hop Cultural Specialist, and one of the top performing “femcees” who acts as an ambassador of Hip Hop in East Africa.

What, you may ask, is a Hip Hop Cultural Specialist? Well, she explains that and more in the interview. Hip hop fans worth their salt should already be familiar with this lady for her collaboration with Black Duo’s Judge on the track Msanii off the groundbreaking hip hop album Kilio Cha Haki. She also has a number of albums under her belt.

Her first album is titled Simangwe and the theme is Don’t Stop the Music. One of the songs in this album is being used by Music Copyright Society of Kenya (MCSK) as their campaign theme song against piracy and artist exploitation.

Her second album is titled Gal Power and it is about women empowerment. The content of her lyrics in this album advocate for women to speak up for themselves in a male dominated industry and society.

Her third album is titled Punch since it is a mixture of sounds, rap styles and producers, thereby being versatile enough to accommodate all kinds of fans, both hardcore, old school, no school and new school.

As if that wasn’t enough, she also facilitates workshops in schools and in the community to discuss about Hip Hop and the proper use of its elements and principles.

She is a Radio presenter in VotuRadio Africa, representing and speaking for women and their rights. She’s also been featured in a few documentaries.

Listen to the interview below:

Download her music and check out her blog interviews at the following links: