A vocal advocate for writers and the first writer in Kenya to use the eBook platform, Alex Nderitu needed no prompting to discuss the IT and marketing aspects of book publishing. Two things impressed me about Alex Nderitu: his enthusiastic embrace of eBooks, long before it even became a word in Kenya; and his ability to answer questions I hadn’t even asked (I hardly spoke in this interview!).

At the turn of the century (as Alex puts it – which makes the year 2000 seem SO long ago!), Alex came across the idea of eBooks while trolling the Internet. Being an IT guy, he decided to test it out, and he hasn’t looked back since.

Born on 23rd April 1979, he shares a birthday with the famous William Shakespeare (who was born on 23rd April 1564) and has himself authored 6 stage plays, including The Smartest Guy in The Boardroom, which is currently being adapted for TV by Charm Concepts. 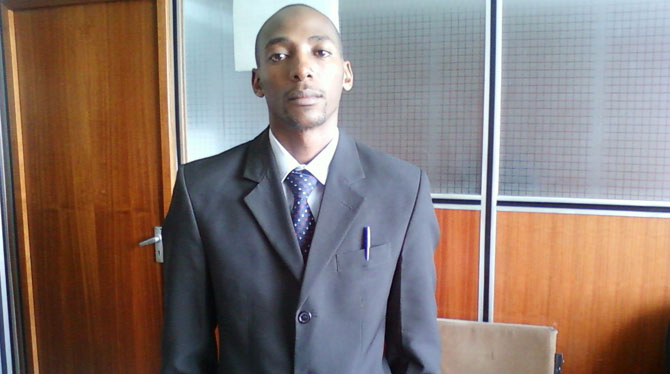 But Alex’s claim to fame is that he published Kenya’s first digital novel, When the Whirlwind Passes, in 2001. He has since digitally published Kiss, Commander, Promise (a short story collection) and The Moon is Made of Green Cheese (a poetry anthology).

The title story in Kiss, Commander, Promise (a spy drama) has been optioned for film while another of the tales, Life as a Flower (also a spy story), was long-listed for a Douglas Coupland Short Story Award back in 2006. His literature is available in English, Japanese and Arabic. And if that’s not enough, he is currently the Deputy Secretary-General of PEN Kenya Centre.

One of the ten stories in Kiss, Commander, Promise caught the attention of a blogger, who had this to say: “I read many entries on this site, but (one of) the two stories that stood out for me is “Rude was the Shock” by Alexander Nderitu… Nderitu shows how progressive Kenyans are… I really liked this story.”

You can learn more about Alex on his blog. His books are available on Lulu and Amazon.

You can listen to the interview right below or hop over to Artist First.

Hey, I’d love to get your feedback on a post I did on my other blog African Safaris: I Got Pulled Over – Again. Do you have any traffic cop stories? Feel free to share!

Make sure you sign up for the newsletter and stay in touch! Let us know how you think Africa Creates can be improved.

Vered Ehsani is a writer, an environmental consultant & a radio show host of Africa Creates. Africa Creates is an online radio show that provides a platform for African writers, musicians, filmmakers & other artists to be heard & promoted both locally & internationally.