2015 was a good year in terms of the number of good albums released with the best of the lot coming rather late in the year. Although Wangechi’s  anticipated debut album Art 19  once again proved elusive after the second year of baiting, the pleasant surprise was no doubt the quickfire release of Maisha Superstar Phy’s extremely ambitious, daringly unrestricted debut album Phylosophy  via Kaka Empire, against the trend of most competition winners fizzling into irrelevance within months of victory. That being said, the following were the albums that really brought the business this year:

Building on their Shimo Mifukoni EP, the band added in some political themes to the album’s expected content with mostly good results. Wanyama Wa Pori, Kilio Cha Haki  and Constitution made a great case for hard rock as a good language of protest, more so in Swahili. Naweza, Rainman and Turn Around featuring Naija rock goddess Clay were the other highlights of this stellar project. 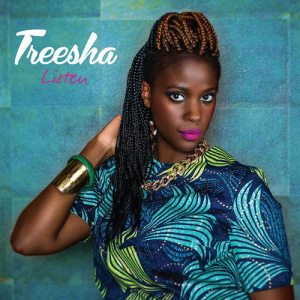 Launching her solo career away from her role as Gentleman’s backing vocalist, Treesha’s powerful and breath taking vocal presence sees her handle various flavours of reggae and the neighbouring sounds of R&B and pop in her debut album with minimal problems. The album is a pleasurable, consistent listen that got her on our radar in a flash. Favourites: Don’t Do It, I’m A Lion, Love You Like 123 and We Need Love.

King Kaka continued his fine form with a massive 18 track album, letting the rapper try out some erstwhile unexplored sounds such as afro-house, reggae and riddims. Less hunger, more swagger was the general approach to this album, leading to mixed results. He remains at his best in those angry and contemplative moments when a little fire develops in his belly.

Another good reggae-based record from closer home from a much more familiar act, Wyre’s Lion is his third album after 10 Years Wiser. Aside from the Kenyan Girl Kenyan Boy reboot, the Lovechild occasionally steps a few feet from his comfort zone for collaborations with Lectronica Circle and rapper-of-the-moment Khaligraph Jones. His reunion with J.B. Maina and a ton of other much more predictable featured artists keeps the die-hard fans happy. The entire lineup of guest appearances is a demonstration of sheer strength by numbers.

The Kenya Film and Censorship Board added yet another inglorious chapter to its terrible censorship record when it banned  Stories of Our Lives, The NEST’s first feature film centered on stories from the Kenyan LGBTI community. Fortunately, the excellent music accompanying the film was not banned. Jim Chuchu’s excellent four track offering of sounds from the film serves as an additional trailer that enhances one’s imagination what the film itself could be like.

As we put it in our review, if you’re looking for an album chock-full of great lyrical content that will keep you occupied for multiple listens, this is it. Trabolee is at his contemplative and lyrical best, pitting his mind against profound questions about who we really are, why we exist and so on. The rapper/poet’s quest for well-rounded, clever and out-of-the-box penmanship provides quite a satisfying payoff. 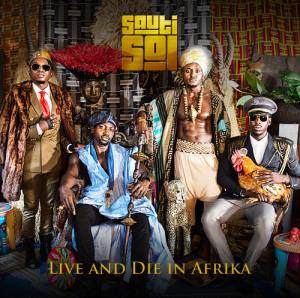 For some, this album may not do exactly what is says on the tin. However, Live and Die in Afrika contains so many goodies, one quickly forgets about questioning the significance/relevance of the title to the lyrical content and overall concept of the album. The band’s first self-produced album is a string of hits and more hits. There’s little to complain about, really.

Kato Change does no wrong in this compilation of collaborations and musical influences from across the African continent and beyond. With a guest lineup of Lisa Oduor Noah, Karun, Aaron Rimbui, Jaaz Odongo and Rigga holding it down on the home front as well as Owuor Arunga, Wanja Wohoro, Parfum Zola and Kayode Kuti representing friends from a little further away, the immediate assumption is that this is one heck of a good album. And indeed it is. Kato’s mastery of his guitar shines through – just enough showmanship for the listener to acknowledge but also gracefully affording the other performers a chance to shine. 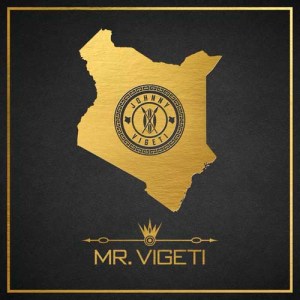 Shaking off self-imposed retirement after some pretty good years with Kalamashaka, Johnny Vigeti picked up the pieces, got back together with his Tafsiri Hii producer Ken Ring and  whipped up this opus of an album. Hovering in a zone between gentle and gritty, he blessed us with the hip hop album many could only fantasize about a year ago. Mr. Vigeti promptly dispatched of rival emcees in the brutal Simba, provided unfiltered social commentary in Kibera, Nairobi, Scarface Dream and Siku Moja. It also exposed a very personal and human side to Vigeti through those two heart-wrenching songs, Mama and Barua Ya Mwisho. To cap it all off, this album was handed out free of charge to anyone who bothered to show up.

Armed with her magnificent vocals and a great production team, Mayonde put together a bunch of well-written, superbly and consistently produced tracks fitting together for her debut album. Its exploration of love’s entire spectrum, from the mundane to the profound, from the happiest moments to the most poignant, this album transports you to another world, much like a once in a lifetime tour of outer space. Magic in the Air encompasses everything a recording artist could possibly desires for his/her debut album.