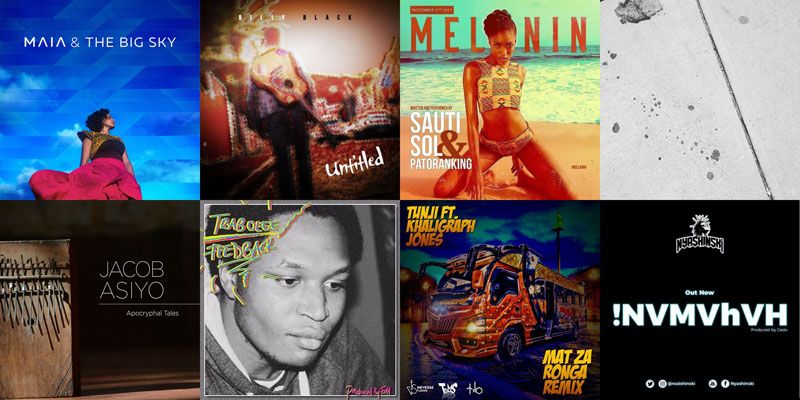 Here is the second part of our feature of what we think were the 50 best Kenyan songs released in 2017. Check out Part 1 for the initial batch of 25 goodies, if you haven’t already. Okay, let’s finish what we’d started:

Rish delves into the dark territory of addiction on her fourth single Habits, co-written with George Atsula.  Countering the popular stance of sidelining and/or blaming those suffering from various addictions, Habits approaches addiction and the psychology behind it with a touch of empathy.  This will make it 4/4 smash hits for Rish ever since her debut release. Once again, for the third year running, this excellent track has undoubtedly renewed her fans’ pining for a full length album.

On Siwezani, Phy draws a sharp line between online fantasy and offline reality, refusing to endure a relationship based on Instagram standards. As usual, Tim Rimbui comes through with the goods and then some on the production front. 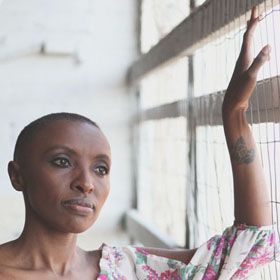 Taking stock of recent global tragedies and crises, the lead single off Naomi Wachira’s fourth album reaches out to anyone who can listen; reaffirming their dignity and humanity. Deviating from her usual afro-folk fare, this track relies on an acoustic reggae style chanelling Bob Marley’s most unifying musical moments. It’s easy to see how this track has maintained its shelf life since Naomi first performed it in 2015. 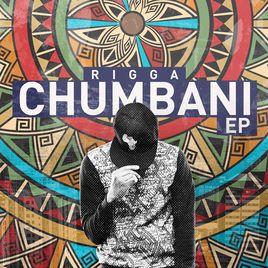 Chumbani EP, Rigga’s follow-up to his much acclaimed sophomore album Urban Prayers, proves that he has still got the juice. In contrast to what Sina Chorus  was for Urban Prayers, this EP is anchored by a light hearted and easy going Lovin254Always. How Rigga manipulates his samples is such a joy, it takes quite a while to get tired of replaying this song.

A lot has gone down on the Inami front ever since she broke through via her feature in Supasta and releasing a debut EP.  To cut the long story short, she has become one of the popular vocalists in the African house music scene, working primarily with Angolan label Seres Produções. At the top of her releases and features is this collaboration with DJ Nova SA.

Kwame Rigii and Waithaka Entertainment accomplish a monumental task with Mwene Nyaga. They revive a classic by the Kikuyu benga legend Joseph Kamaru and give it the contemporary makeover it deserves. The same reverence  and prayerful essence of the original is maintained in a brand new musical skin. This song is sure to be a perfect starting point for the younger generation to discover the musical gifts of Joseph Kamaru. 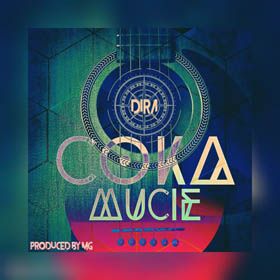 Stacy Kamatu was without a doubt the breakout artiste of 2017. Ever since releasing her Kenyan Medley, she consistently delivered one great single after another. The best of the lot was her first original release, Coka Mucie. This beauty of track is her  interpretation of the very well-known story of the prodigal son. The strength with which Stacy Kamatu has introduced herself to the mainstream cannot be ignored. 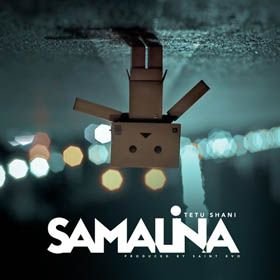 Sparks are bound to fly when Tetu Shani and Saint Evo descend on the same track. Witness this banger. Urban folk meets Equitorial house is probably the best way to tell this story of a romance ruined by rural-urban migration. Tetu Shani’s verses could as well be poetry in themselves, his lamenting lyrics sounding like some modern day Song of Lawino. Awesomeness all-round.

There is no need to further complicate things in a world that is already in chaos, claims the former Sarabi Band frontman on Hakuna Matata.  Ironically, for a song extolling the virtues of simplicity, the lushness of its production leads you right to the thrilling edge of sensory overload.


Michelle Gatuiku is among a crop of new-ish female singer/songwriters that have come through with amazing material over the past year. If War Letters featuring Lee Oyugi doesn’t draw you in to her thoughtful lyrics yet, take a load of Both of Me. Her latest release is “Inspired by the being of two people. The having of two hearts. The being split down the middle.” Absolutely beautiful.

Afro-jazz fusion band Shamsi  Music has made their giant leap into the limelight this year, with  a strong showing at the Safaricom Jazz International festival and a debut album. Along with several other tracks off the album, Hold D exudes the raw energy, sheer joy and unchecked enthusiasm of a band that has finally found their groove.

One of the more annoying trends of late has been the overuse/abuse of riddim samples, in particular the Bam Bam Riddim which will probably not catch a break anytime soon. That being said, Octopizzo refuses to be average and  somehow manages to breathe new life into the riddim with TBT. The chord progressions of Bam Bam are still recognisable in TBT, but the production on the track moves slightly away from dancehall and a bit closer to bass-heavy electro, complete with whooshing climaxes and breakdowns. Everyone, take notes. 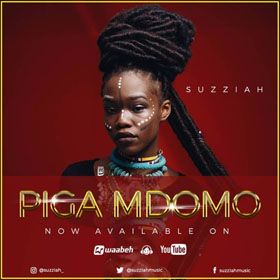 It is only fitting that this anthem to individuality and non-conformity comes with a sweet reggae beat attached. There is no shortage of sassiness in there either: “You don’t like the way I walk … / The feeling is mutual.” Even with only two singles and one feature under her belt, Suzziah has already proven that she is among the fresh and new voices reshaping the Kenyan music scene in exciting ways. 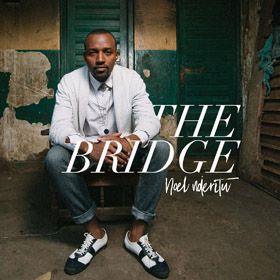 Lightning struck twice for Noel Nderitu last year as he followed up his My Kind of Music EP with an equally stellar sophomore effort entitled The Bridge. This track not only exemplifies Noel’s strength in crafting powerful Christian praise and worship songs but also the crossover potential of his music. The entirety of his album has the reassuring warmth of a long and tender hug. Who can say no to that? 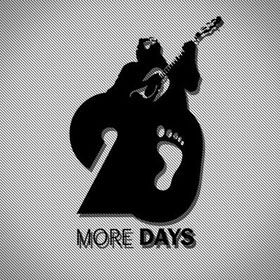 While the 2015 acoustic version of Maisha/All About the Money didn’t quite catch on, its 2017 update was an immediate smash and rested atop the charts of XFM for an extended period. Few songs this year can claim to have captured the current zeitgeist of our harsh economic times as simply as Maisha has. 20 More Days break down neoliberalism and consumerism into small relatable chunks of everyday experiences. 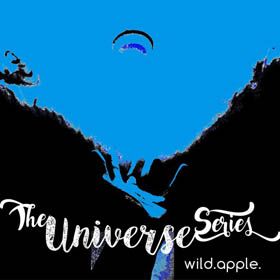 10. Wild Apple – The Universe Is Lonely

[email protected]-affiliated indie-folk group Wild Apple reach into the void of loneliness, sending out both distress and rescue signals out to kindred spirits in the universe. The interplay between hope and despair is beautifully crafted into both the sparse lyrics and instrumentals: ‘Are you as lonely? / ‘Cause I can’t be feeling this lonely, alone / Do you feel pain? / ‘Cause I can feel yours.‘ Does knowing that there is someone/something out there who/which is possibly in the exact same horrible position as yourself make things any better? If parallel universes exist, is there a way for the other you to feel your pain? 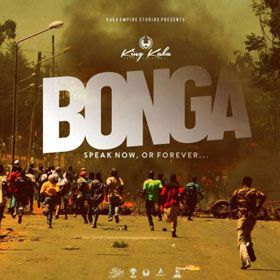 King Kaka puts down his crown and puts on his Kaka Sungura costume for this quickfire commentary on the steadily deteriorating crisis that developed right after the 2017 general elections. He pulls no punches on this one, taking on cuckolded media, police brutality, senseless ethnicity and the culture of apathy. 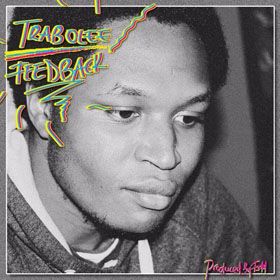 Among the many things Trabolee can do well, how he tackles existential questions though his music is what makes him stand several leagues apart from other local hip hop artists. On Feedback, Trabolee ponders about his prime directive as an artist. Is it merely art for art’s sake? Should he go beyond seeking beauty but also strive for truth and impart knowledge? Trabolee goes through these questions in two verses fully armed with all the lyrical weapons we have come to expect from him.

Sauti Sol’s upcoming Pan-African collaborative album Africa Sauce starts on a dark and spicy note courtesy of its lead single Melanin. Going against the grain of popular culture, this track is all about celebrating African women with darker skin tones. It is refreshing to hear a line like ‘I never seen / melanin so dark’ especially in a positive context. Black is the new black.

Probably the highest point of Billy Black’s Untitled EP (released in the midst of the chaos of the 2017 general election), this track cuts through the noise of political rhetoric. Slowly and surely, Billy delivers us to the eye of the storm where we can contemplate the things that universally unite us, despite our political differences. Are we listening?

Kenyan-Ghanaian singer, songwriter, and producer kwame followed up his stellar 2016 releases with an EP titled for ness. Once again, and with little effort, he manages to disarm the listener and  make them give in to the complex emotions he tries to convey. someone  is probably the best illustration of kwame’s creative process on his new EP.

Humanity is broken. Man has turned into a zombie-like beast drawn to the scent of blood-soaked money. On Siwezani, Nyashinski seeks refuge from the harsh and brutish nature of our times in church. Borrowing from the sounds of South African gospel choir music (which had long been used as a form of protest against the apartheid regime), Nyashinski use of the gospel format to make a social and political statement is at least refreshing, if not game-changing. 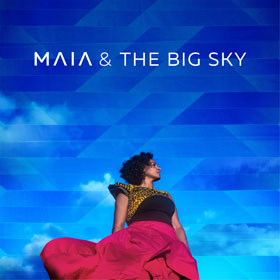 Maia von Lekow and The Big Sky’s eponymous album is nothing short of impressive. Combining coastal sounds with various shades of jazz, funk, rock and reggae, the album’s groovy and multi-textured production provides the perfect canvas for Maia to lay her keen songwriting on. Smack in the middle of the album, Maia and her band are at their very best on Tap. The song presents to us a woman finding strength within herself, starting with self-discovery: “Tap on my mirror, she is there again… / something that used to scare me is no enemy no more.”  The backing track gets more and more intense as she gradually gains more confidence and moves closer and closer towards being unstoppable. Simply put, this is a thing of beauty. 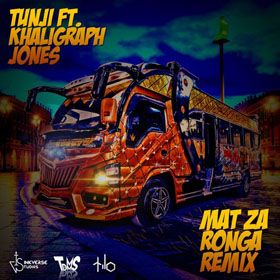 As stated in the review for the original version of Mat Za Ronga, it has been quite a while since we were blessed with a matatu-themed song as impactful as  Kenyan Gal Kenyan Boy, or a hood-specific song as refreshing as Githurai. Since the original was so good, there was little expectation on how much additional value a remix would bring. Lo and behold, the remix came through in a big way thanks to its feature of Khaligraph Jones. Khaligraph fires on all cylinders, choosing to bring together the entire city’s matatu culture and, in the process, blessing us with the catchiest and most entertaining verse of the year.