Nigeria Censor Board Delays Half of a Yellow Sun Premiere 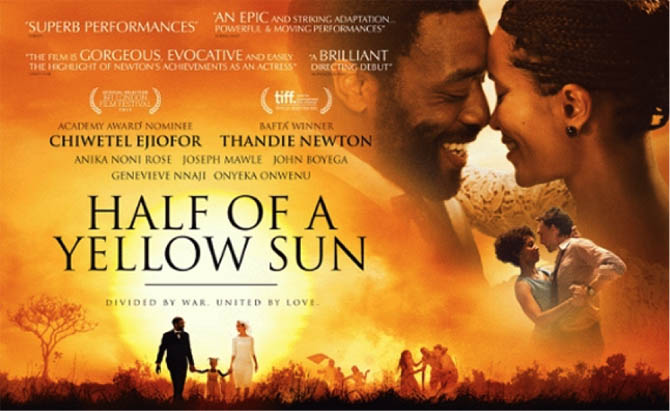 The film adaptation of Chimamanda Ngozi Adichie’s award winning novel Half of a Yellow Sun starring Chiwetel Ejiofor and Thandie Newton, one of the most anticipated African films in recent times, has been forced to push back its Nigerian premiere indefinitely from the planned date of 2nd May 2014. This is due to the fact that the  Nigerian National Film and Video Censors Board has  delayed certifying the film that captures human relationships and personal experiences in the midst of the Biafran War. This decision is linked to the security apparatus worrying that the film could incite violence what with upcoming elections and the recent wave of terror and abductions attributed to the Boko Haram militant group.

Further delay of the film at the box office on the other hand does nothing to help the film’s distributors who are racing against time to make sales at the theaters before pirated versions of the film hit the streets, torrent sites and no doubt our very own 50-bob-a-movie shops. The Nigerian premiere is of fundamental importance to the commercial success of the film not only because Nigeria is the most populous African country but also because Half of a Yellow Sun strikes a personal chord with its people who bore the brunt of the Biafran War.

Chimamanda Adichie responded to the film premiere delay by a piece in the New Yorker on 1st May, urging Nigerians not to hide from their past and calling the Censor Board’s move a “knee-jerk political response”. She wrote:

“But we cannot hide from our history. Many of Nigeria’s present problems are, arguably, consequences of an ahistorical culture…My parents are still unable to talk in detail about certain war experiences. The past is present, and we are better off acknowledging it and, hopefully, learning from it…It is sadly easy, in light of the censors’ action, to overlook the aesthetic success of the film. Its real triumph is not in its politics but in its art.”

There is still no news on how soon Half of a Yellow Sun will hit the theaters in Kenya.