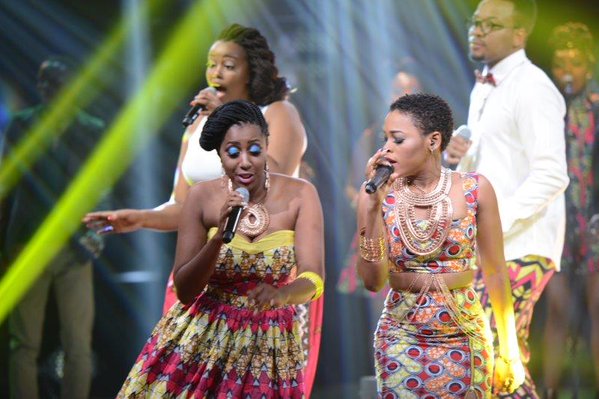 With Coke Studio Africa three episodes deep and most of the featured artistes having showcased a thing or two, it has become easier to predict which mashup pairings are likely to work or come out bland. Episode 3 pulled no pleasant surprises and went exactly as expected.

The artiste pairing that have demonstrated the best chemistry so far, Juliana / Flavour and Vanessa Mdee / 2Face, once again provided the highlights of the episode. Vanesaa Mdee’s Nobody But Me was right at home with the colossal African Queen, ending up with a nice mashup that see-sawed beautifully between the mood of each of the songs.

Flavour’s challenge was to come up with some new material on the fly to complement Juliana Kanyamozi’s near-perfect song writing on her new release, Nakupenda. It all worked out in the end to result in the kind of saxophone fuelled duet that brings to mind Chet Faker’s Talk Is Cheap.

Navio and G2 continued their good run of up-tempo, high energy mashups while Avril and MI bounced back from their unsatisfactory start in episode 1. Their Nikimuona / Bad Belle mashup produced by Cobhams Asuquo that almost brought the two artistes’ sharply contrasting styles closer to middle ground. The steel hand – velvet glove approach is not that bad after all.

Visita – Elewa Lewa With Visita, its never that serious...

The Uknown DJ’s preference of extremely risky song selections for his mashup productions manifested itself once again. His attempt to bring together Elani’s Milele and Chidinma’s Africa We Are One was a hard sell even for the artistes themselves. A lot of what makes Milele a great song had no place in the mashup to begin with. Even though the mashup sounded good, anyone who has heard either of the original tracks knows that it was an opportunity wasted to create something epic.