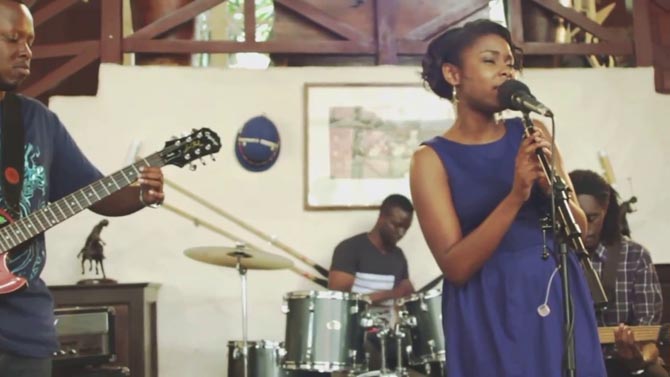 If you ask any Kenyan rock music enthusiast to list the popular bands around these parts, he/she will probably not get to the thumb finger before mentioning Dove Slimme. This five piece band quickly gained recognition in local rock circles after releasing a number of debut tracks such as Yelele, Identity and Party At The Barn back in 2012. This culminated in the release of the band’s very first EP entitled Cool On The Inside (available on iTunes and CD Baby) in mid-2013.  For all intents and purposes, and perhaps well aware of the fact that rock enjoys only a limited niche at the moment, the six track EP was designed to have a long shelf life. Each of the tracks stood out individually and also gelled into each other to make the entire EP a solid product.

The one track that that best embodies the evergreen nature of the EP is Leo Ni Leo. The track’s rallying call to take chances and not be afraid to embrace the inner rebel in all of us (along with the extra perk of having to something to sing a long to in Swahili) resonated instantly with rockers all over the country. Leo Ni Leo was, and still is, on heavy rotation on rock themed radio shows on stations such as Capital FM and X FM. Therefore, it was almost a no-brainer that Dove Slimme picked it for their very first official music video release.

The music video, whipped up by the good folk at Feel The Void does nothing more than create a visual dimension to the song which, by itself, shows no signs of getting old and worn out anytime soon. It’s a safe, one scene video with the added trickery of some very interesting rotating shots to add some extra spice into it. How did y’all do that, Feel The Void? We’d really like to know!

This is yet another textbook example of how truly good music stands the test of time in the fast moving reality of the music industry today where artists and bands fade into oblivion within months. Hopefully, the video will get some much deserved airplay on TV, considering most of the rock VJ mixes on TV still contain the same old ancient and tiresome tunes. Leo Ni Leo on the other hand sounds as fresh as can be and dares you to play it over and over again.