There is a HUGE void to fill when it comes to much younger singers, artists or performers around here. Let me be fair. We may have our very own Justin Bieber who very few have heard about and a bunch of kids featuring on gospel tracks but that’s pretty much it at the moment. That it was basically only adult artists who carried the day on the stage during the recent Milo Kids Festival is the best indicator of this issue. The biggest challenge for kid/teenage sensations is probably, being taken seriously first of all and then managing to break out with content that can start clearing the path for a potential career. The latest entrant in this seemingly small and lonely group is Elodie who has just dropped her very first single A-Yo featuring Sara Mitaru.

The track is all about the fun and mischief teens are always up to when the folks are away, including sneaking in your friends for a forbidden house bash. Well, the overall production by Blackman, the best part being a very catchy chorus from Sara Mitaru. The only let down is the lyrical content. Somewhere between the Elodie’s accent and her decision to sing-rap throughout her verses, the track gets almost inaudible and needs more that two listens for a huge chunk of the words to start catching on. Ironically though, this deficiency does little to make this pop offering any less enjoyable and concealing the fact that Elodie is still a work in progress when it comes to lyrical prowess. 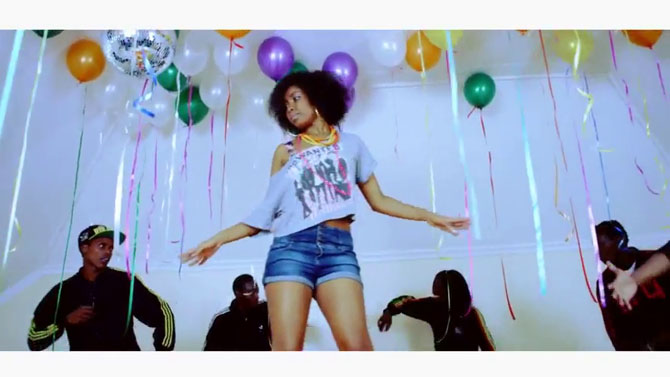 Another positive is the colourful and action packed music video with a great house party concept to go along with it and even a moment of comic relief when Eric Omondi shows up as an askari.

The track is a notable statement of intent from Elodie and her brand of pop. That A-Yo somehow shares a name with one of the best tracks out of Karun’s new album, makes us hops that she will get to such levels pretty soon.