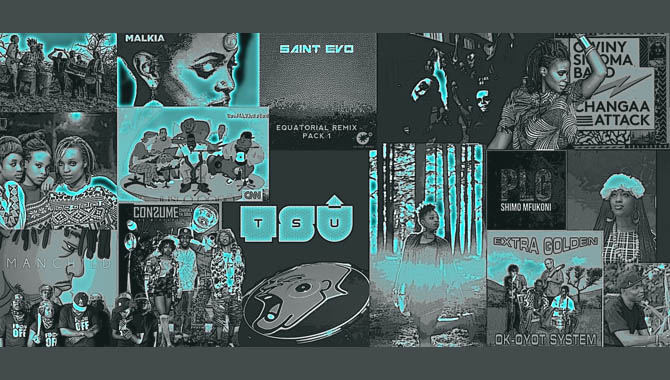 Future Sounds: Is The Next Wave of Kenya’s Musical Renaissance Nearly At Hand?

Does Kenyan music seem to be headed anywhere? Will the industry ever edge closer to the levels of international recognition and commercial success enjoyed by its counterparts in West Africa, Central Africa, South Africa and our Tanzanian neighbours any time soon? The quick and easy answer to these questions would be a resounding NO. A quick glance at the content on your favourite TV or radio station would affirm that answer. However, if one looks beyond the surface and delves deeper into recent developments in Kenyan music and culture, the answer becomes less and less obvious.

The whys of Kenyan music’s sad state of affairs have already been well documented. Eric Wainaina points to the repression and politicization of Kenyan culture, not just by colonial regimes but also by post-independence regimes in the 70s. These regimes tribalised and effectively neutralized whatever progressive music culture that was developing at the time. Predictably, as the industry enjoyed a resurgence in the late 90s, musicians did not have a point of reference and inspiration for their art. This vacuum must be even greater for our emerging crop of artists who were born in the 90s. Little is being done to correct this, even after this report on the state of audio-visual archiving in Kenya established that the bulk of the country’s audio-visual heritage is either abandoned and rotting away in public institutions such as KBC and the National Archives, or being carted off by foreigners.

Compare this to the undeniable connection and awareness that today’s Nigerian or South African music has to its past. Look at the impressive audio-visual archiving being undertaken by institutions and private parties in South Africa ( SAMAP, Electric Jive, Flat International, Afro Synth, etc.) prioritizing preservation over other concerns that are not time-essential such as the political will of relevant government agencies or copyright. Look at Nigeria’s traceable evidence of its rap legends of the 1980s.


Wandia Njoya goes further and examines how the watering down of music education has not only impeded Kenyans’ appreciation of their own musicians but negatively impacts the quality of artists we produce. It doesn’t help that the current government is carrying on with the policy of discouraging education in the arts, a situation made worse by the introduction of free universal primary education and the resultant influx of private schools.


Gate-keeping remains a constant factor determining the kind of content aired on local radio or TV. Unfortunately, the main reason some songs get radio play is not that they are necessarily good. Those at the helm of mainstream outlets keep a large portion of talented artists out of the eyes and ears of Kenyan audiences for various reasons. Some give preference to industry buddies with whom they have a business/PR symbiosis. Others are too lazy to bother keeping an ear to the ground for emerging talent. Others simply don’t give a damn, which is hardly surprising given the dominant business model of retaining celebrities and comedians as producers or hosts.

As a result, the country’s collective memory of its cultural heritage continues to diminish by the day. We have spawned a generation of cynical audiences that cannot think past Kalamashaka or beyond E-Sir. Audiences that obsess over an authenticity they cannot even define or even identify because they have been deafened by the constantly addictive beats from beyond their borders. The industry itself suffers from a crisis of confidence much like the one Mkamzee Mtela describes when discussing Kenyan theatre.

On the other hand, even as the dark clouds of stagnation continue to hover above our musical skies, we should not ignore the silver linings. I have a feeling that exciting moments similar to the resurgence of Kenyan urban music in the late 90s and noughties are close by.

“Let’s not even start talking about kapuka, that’s a closed case… All the songs were the same. Kenyans had a problem with the sound we had initially.” _ Ben Vic, Thee Session Podcast, Episode 2.

A Kenyan artist criticizing the monotony of kapuka music on a podcast would have been somewhat unimaginable a decade ago. The ever-increasing penetration and gradually reducing cost of internet access has had a significant impact all aspects life, including completely altering how we consume and transmit culture. This evolution has been particularly explosive in Kenya thanks to it’s tech-savvy demographic of youth below 30 years of age, making up more than 70% of the total population.

As internet access gets cheaper and faster, artists are getting more and more avenues to directly connect and engage with their audiences, be it through social media profiles or the comments section of YouTube. While a majority of audiences still take the “lean back” approach whereby they rely on traditional and other media sources for content, more and more are beginning to customize their entertainment according to their preferences. Traditional TV and radio are quickly losing their place as the primary media for discovering and exploring music and culture, giving way to new and social media. Gone are the days you had to wait for a whole week to watch the next episode of Prison Break.

A shift is not just happening with the consumption of culture but its creation as well. The cost of and access to music production tools is becoming less of an impediment. In a few minutes you could be cracking open Ableton or FL Studio and learning how to make beats via YouTube without having to leave your bedroom, for example. This development is fostering an unprecedented level of diversity to the Kenyan musical landscape. More and more artists, producers and creative collectives are contributing to a growing wave of newer sounds. They are re-imagining, filling the gaps and breathing new life into the old, repetitive ones. These artists have an awareness of the past, a wider exposure to the present and a fresh outlook on the future.

We are witnessing a more adventurous approach outside the neat and tidy box of what is considered as afro-fusion. More and more new sub-genres are being born and put forward as the sounds of the near future. A future where SwaR&B, EA Wave, Safari House, Equatorial House, Nu Funk, Kelectro, Electronic Soul, Electronic R&B, Mizuka, Electro-organic, Swahili Bass, Benga Rock and many other unique flavours of Kenyan music could come alive and capture dance floors across the continent, even across the globe.

“I suppose the safest answer would be to declare that I‘m experimenting with different sounds. Yes. I’m experimenting…” _ Silas Miami, Little Bird Kenya.

As Kenyan audiences bemoan the barrenness of authenticity in Kenyan urban music while at the same time bumping to the likes of Cassper Nyovest, AKA and KO, some of our own artists are proving that they can do “Western” genres such as EDM, pop, jazz and hip hop just as well. Never mind that some of these genres have their roots in and continue to be heavily influenced by African music.

Along with diversity in production comes a much needed steady evolution of lyrical content. A good portion of this new crop of Kenyan artists don’t just bring a new and fresh approach to the sounds they offer, they are taking their song-writing very seriously. The results are exciting, to say the least.

“I innocently admit, Kenya cannot contain her. Our structures and systems characteristic of growing music industries refuse to hold the knowledge the multi-genre artist has gained over the years.” _ Worldazitiz on Lisa Oduor-Noah.

The new crop of Kenyan artists refuse to be labelled by and tied down to a single genre. With the popular music of virtually every corner of the globe accessible at the click of a button, these artists’ influences are just as wide. From Beyonce to Burna Boy, Santigold to Songhoy Blues, Drake to Davido; whether it’s Konshens or Kendrick Lamar, Major Lazer or The Migos, Future or Fela Kuti – they are listening and learning.

“… the scene will grow at its own pace, if people stop holding hands and skipping towards the cliff of obscurity. Also, as rock artistes, we’re not very well known or liked in this country, so behaving like we’re famous enough to wait for is ridiculous.” _ Rish, ZuQka.

Even local rock music that has only had a tiny niche following has been exhibiting a noticeable re-invigoration in the past few years.

On the flip side, reggae and dancehall are indisputably the preferred genres for the Kenyan youth. It therefore follows that some of them are drawn towards creating a local iteration of reggae, dancehall and even soca. This is the continuation of a growing trend of cross-cultural borrowing that has seen many Kenyan producers harvest riddim samples and Jamaican artists such as Alaine and Brina release records performed in Swahili.

Sample Sunday: Camp Mulla ft Just A Band – Where Do You Come From?

Even as this borrowing is taking place, a lot of their creative processes begin from the ground up, from what they can see, hear and feel in real time. Many of these artists still recognize the value of their own roots and the unique peculiarities of life in Kenya – speaking your mother tongue at home, commuting by matatus, lazy weekends in Nairobi, unsolicited SMSes,  fond memories of primary school and watching Tahamaki or Omo Pick A Box. The art therefore flows from the life, and it shows.

A majority of these artists represent a new generation of Kenyans born in the 90s. They are the children of a digital age whose norms and attitudes their parents know very little about. A generation not impressed by the quiet comfort of 9 to 5 jobs but bombarded from all sides by instant fixes such as exam cheating and corruption. A defiant generation not yet beaten down into the submission, complacency and indifference exhibited by their elders.


Overall, the industry is gradually developing into a global-focused environment. This environment is transcending the barriers of language and cultural and (hopefully) economic differences. It is letting in artists from all over and allowing them to share, collaborate and innovate with our very own.

“The foundation has been laid; we’ve recorded, we’ve performed, we’ve found a solid fan base to build on and grow with and we’re ready for the next step. What that step is – anyone’s guess. The double-edged sword of progress holds danger close with promise. Caution is usually recommended at this stage, but whoever got anywhere great by being cautious? Jump off the edge and hold your breath.” _ Ondiso Madete of Yellow Light Machine, Blink Magazine.