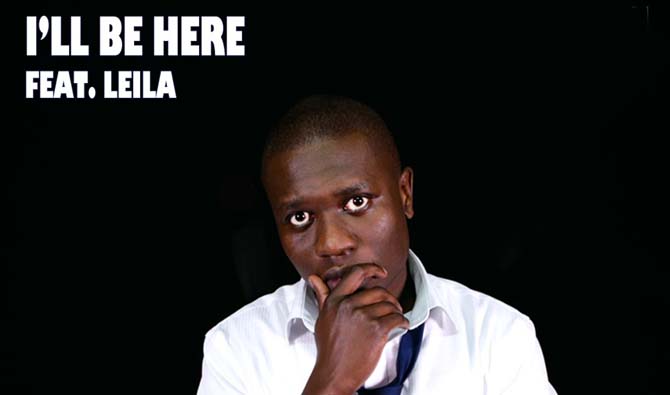 One might be tempted to assume that GBO is a new kid on the block, mainly due to the limited exposure his music has had locally. He has been dabbling in the music industry for quite some time now with a bunch of releases here and there, the most recent being My City featuring Dora. Furthermore, his attitude is quite a contrast from your typical greenhorn artist who would usually still be consumed in “finding” him/herself. GBO is a rapper-producer who has already set out  some clear cut goals and standards for himself. His latest release called I’ll Be Here is a mission statement of sorts  that basically summarises his whole approach to music.

In I’ll Be Here, GBO makes a good case for choosing to immortalise himself through his music through a couple of solid verses peppered with some witty lines and memorable metaphors such as picking plaques over racks. He matches up the lyrical content with an equally interesting delivery style – each bar layered on top of each other systematically like building blocks. He is backed vocally on the chorus by UK songstress Leila whose best moment is when she does a delightful rendition of Miike Snow’s Animal towards the end.

Production-wise, GBO teamed up with UK DJs SBX to whip up an eargasmic beat, they type were haven’t heard being used in local production as yet. It is certainly one of the most enjoyable beats we’ve heard in recent times, worthy of any top-flight international artist. The music video is directed by photographer/filmmaker Colin Crowley with a well-thought out concept that follows the videos hero through several obstacles as he forges on towards his goals (symbolically depicted as a studio mic at the end).  Simple and straightforward, the video achieves it purpose to complement the track and does not distract the viewer from the the lyrical content.

GBO is certainly one of those rappers to watch. We look forward to listen to more of his collaborations with SBX – that new sound is breath of fresh air for the ears