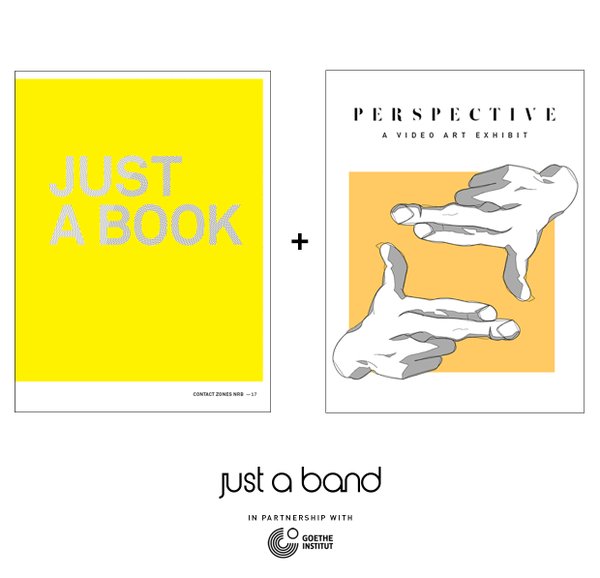 Just A Band have lined up a triple treat of visual art, literature and music beginning this weekend. The collective will open their latest multi-media project called PERSPECTIVE at the Goethe-Institut Nairobi on Friday 11 March 2016, starting at 8PM. This project is a single-channel video installation, focusing on telling stories through the first person perspective and placing the audience in the minds and emotions of various characters as they deal with situations, both real and surreal. This will be achieved by setting up the projection in a dark mind space, designed to allow the audience to be fully immersed in the piece without any external distractions.

Prepare for infectious music, offbeat visuals, humour and social commentary. Some of the pieces to be exhibited include “Routine” in which a character relives the moments before his death, and “Violence” in which the character is caught in between a love-hate relationship with a man. Based on the successes of their previous exhibitions, TRNSMSSN and Kudishnyao!, this exhibition is bound to be a treat. Check out glimpses of what was Kudishnyao! below.

The opening of the exhibition will also include the release of JUST A BOOK, the latest edition in the Contact Zones NRB book series.The book will provide an in-depth look at the band’s history, process, projects and practice. It will also come packaged with Lightspeed, a CD of previously unreleased music.

The PERSPECTIVE exhibition will continue at the Goethe-Institut from 14 March to 8 April 2016, Monday to Friday,  1-6 PM, finally closing at an event on 8 April at 8PM.