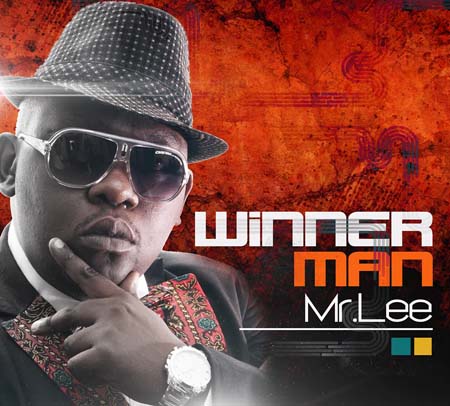 Mr. Lee is no stranger to the gospel music scene, having been right in the thick of things for close to a decade now, mainly as part of the gospel crews FATMOD and Wernono Family (their Wernono Anthem is still quite the banger). He has also ventured to drop music individually at the same time, achieving relative success with Watasema featuring Christine Muna and Rooftop featuring Shem, Izzo, Kzee and some great vocals by Ayana. His solo effort has now culminated in an alum entitled Winner Man, which was recently launched at the 10th Annual Kenya Music Week Exhibition.

Most of the album’s tracks maintains the ragga and kapuka bounce style Mr. Lee and all Wernono Family affiliates tend to have but each of a different flavour, considering that close to eight different production houses were involved in whipping up this album – from V Sita to Ketebul, to Lodwar Records to even Wynton House of Music.The title track and lead single, Winner Man, however, is markedly different in which he deals with the subject of victory through faith and trust in God on a house/electronic inspired beat. Lazima Niwaambie on the other hand, switches things up with a hip hop beat.

Mr. Lee’s penchant for variety within the box of his usual musical style is not only seen through all the different producers he works with but also in his collaborations. Rooftop remains the firm favourite collabo track in the album in terms of vocal delivery while his Wernono crew-mate Dunco also comes through vocally in Beautiful Day. His collaborative strategy as a whole is at its best in My Day featuring Christine Muna on vocal duties and SMA, Solid C and Austeazy who deliver enjoyable verses alongside Mr. Lee.

Lyrically, this album has the wholesomeness you would expect from an experienced gospel singer, dealing with various aspects of Christian life such as praise and worship, testimony, and prayer. Most of the songs are delivered in the localized ragga style that we have come to associate the Wernono crew with. There are interesting variations as well: All About You provides an emotional, reflective and appreciative conclusion to the album which easily reminds one of Pachelbel’s Canon in D Major as sampled in Coolio’s C U When U Get There.

This is an album that will appeal to those that are aware of and have come to like the musical style of the Wernono musical family and its affiliates. Mr. Lee proves that there is room for some kind of versatility even within the confines of their localized ragga style.

You can get a physical copy of this album (which includes Mr. Lee’s videos in a separate DVD) at Kassangas Music Shop, Kyande Music Shop, Nduti One Stop Shop and various music outlets. Digitally, the album is availabe on iTunes, Mdundo, Amazon MP3, CD Baby, EMusic, Shazam and MySpace. Just pick your poison.