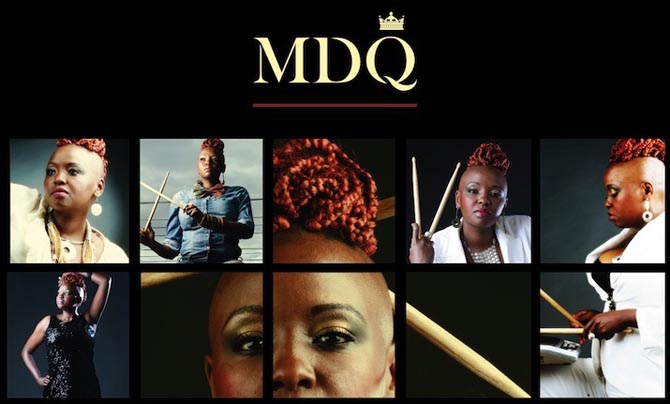 ReConditioned is Muthoni The Drummer Queen’s third release off her album MDQ which is slowly unraveling on a one-song-per-wek basis via her partnership with the Standard Group. She lets things get a little personal on this record. She tells her story  of ups and downs on her way to the top of the musical food chain – the lukewarm reception to her first album (The Human Condition) back in 2009, getting recognition through her Mikono Kwenye Hewa and Welcome To The Disco and then finally settling on the lessons she has had to learn the hard way.

Once again track #3 proves that this album is not a monotonous listen. GR! and Hook come up with a simple track that still conveys the emotion it is meant to. The arrangement makes it very easy to see (or rather hear?) that this is in fact a three-part piece with each verse representing Muthoni’s past, her present and hopeful future respectively. Sometimes simple is the best way to go, and it sure works here.

The progression of this album in terms of versatility is one of its most attractive qualities so far, especially on the production and arrangement side of things. You can download this track on Standard Group’s SDE website or alternatively on Muthoni’s website.