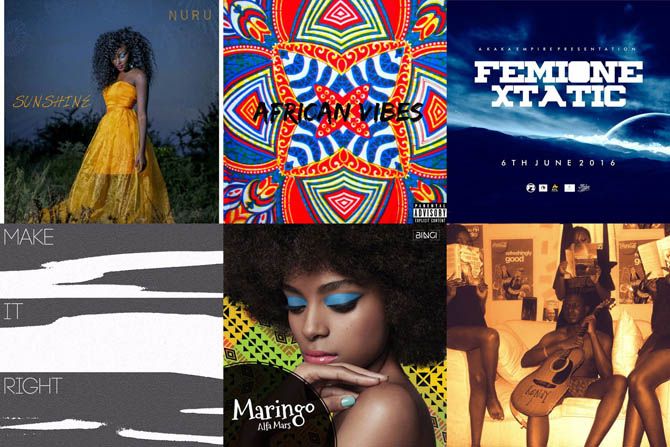 As the political tensions in Kenya continue to rise leading up to the 2017 general elections, it was only a matter of time before an artist weighed in on this issue. Anthony Wasonga presents Names With The President, a parody of the tribalism-based political rhetoric that is crippling many a mind. Alfa Mars features in the third verse representing the voice of the youth. The original version features Boniface Mwangi.

Speaking of Alfa Mars, here’s Maringo, his brand new track paying homage to the beauty and power of African women. This one goes down very smoothly indeed.

Returning the favour for FemiOne’s feature on her Let Me Xplain mixtape, rapper Xtatic comes through with lush vocals on FemiOne’s new track Usiku Mchana. It’s all about the day one squad who have always come through.

The great thing about Muthoni The Drama Queen is her adventurous nature when it comes to experimenting with genres. Make It Right has a traditional blues/soul feel to it. Her searing vocals enhances the kind of shame and guilt this song is meant to portray. Lucky are those who will get to hear this performed live.

Nuru’s back with Sunshine, an uplifting, guitar-led love song. As usual, a girl does not disappoint. She isn’t called Nuru for the sake of it. Soak in those love-rays for precisely four minutes.

Outgrown is a collective of producers and DJs who dabble in electronic music. Their recently released African Vibes EP demonstrates their creative process, this time with a slight bias for African sounds and a little bit of trap to make things interesting. Take Control, Together and Mistakes are the standout bangers in the five track offering.