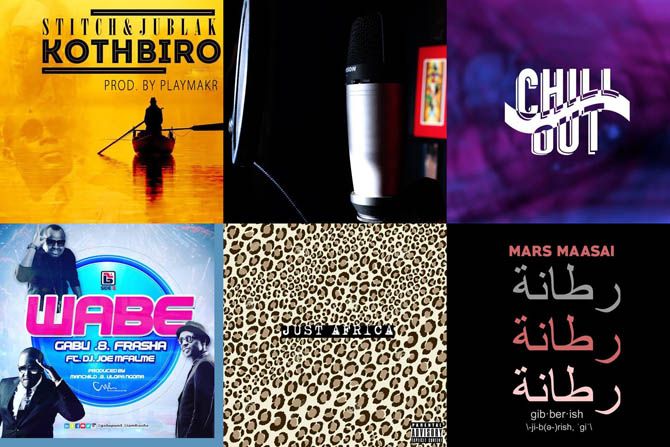 It’s getting busy on the P.Unit side of things. Aside from Frasha launch of his solo debut album Dakitare group has announced their plan for 2016. They plan to drop at least one track every two months primary with producer Eric Musyoka. As we wait, Gabu and Frasha have dropped WABE, one heck of banger produced by Side B’s Ulopa and Man Child.

Here’s another great chilled out tune from Noel Nderitu and Kerby full of positive vibes. Sometimes the music best speaks for itself.

Mars Maasai follow up release after Madafu is yet another piece of electronic awesomeness. On Gibberish, Mars loops some vocals backwards on top of a banging track. Listen out for that sweet break from 1:30 onwards.

Bobo’s new release Just Africa pays a delightful tribute to 90s South African pop and 90s house music. Brenda Fassie or Black Box would have gone HAM on such a track. If only it were a bit longer. It’s certainly worth a replay or ten.

This Nameless cover is Reithy’s very first release and it’s pretty damn good. It was about time someone refreshed this under-appreciated song about everyday heroes making us proud all over the world.

Speaking of under-appreciated material, this track by Jublak and Stitch is close to a year old but still sounds as fresh and innovative as ever. Producer Playmakr conjures up a much darker trap-inspired spin to Ayub Ogada’s  Koth Biro. Stitch and Jublak also bring the goods, delivering quickfire verses in Swahili and Luo about dreams of an escape from a hard knock life.