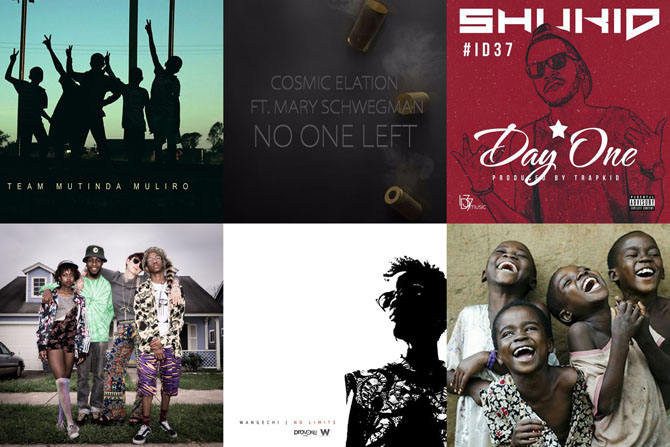 Riding on a Kendrick Lamar(?) beat and alluding to Pavelee and Kantai’s hip-hop classic Nare, Trabolee goes full beast mode on Mutinda Muliro, complete with an ominous music video directed by Abstract Omega. (check it out above). If you’ve never listened to a Trabolee track before, prepare to be slayed with his seemingly unlimited reserve of metaphors, punchlines and wordplay.  While you’re at it, check out his other recent release, Kiwi:

Wangechi returns with some trap vibes on No Limits, blasting past whatever obstacles that are laid on her path. No ceilings, no feelings, she says. No doubt, this will be a good year for her (to release an album, *hint hint*).

The electro-organic collective dropped a preview of their upcoming mixtape possibly entitled O.N.E. coinciding with their showcase performance at SXSW. So far they’ve shared five tracks – Ridin n Rollin, Time Flies Bye, The Homies, Too Twenty Too and Think This Thru. They’re all sounding really good, especially, Time Flies Bye  and Too Twenty Two.

Shukid fires some warning shots to folks trying to get a little too familiar with him. He’s all about his day one squad. Trapkid lays some impeccable beats on this one, probably inspired by Future’s  Stick Talk.

Speaking of beats, get a load of this throwback by Playmakr. A little funk here, a little soul there, a bit of jazz over the top, a catchy chorus gives us this absolute gem. Is this what Kenyan music sounded like in the 60s and 70s?

This teen duo of EDM producers bring in Mary Schwegman for their very first vocal track. There’s a certain joy about dodging a bullet with your name on it. This track captures the released adrenaline and converts it into energetic beats.