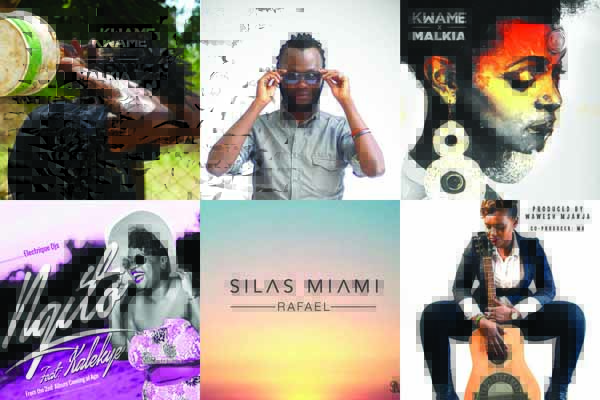 Here are some of the standout new music releases from local artistes during the past month or so for your enjoyment:

Afro-soul/Afro-fusion crooner Andrew Wambua has been gradually building a repertoire of tracks since 2014, giving is an idea of the kind of feel and sound to expect from his stuff – and it’s all good. This time, he’s back with yet another gem of a track. Produced by MG and backed by the talented vocals of Ythera, Dempsey and Macharia Maina, Butterflies is one of those mellow love songs packed with eargasms to melt the heart away.  With four great tracks already out, it must be a hard choice for Andrew to decide which to commit to a music video first.

In apparent response to unfavorable mentions from the likes of Kaka Sungura, veteran hip-hop emcee and K-shaka member Johnny Vigeti has hit back with this fiery diss track. The way he efficiently dispatches of the group he terms as counterfeit or “Simbaland” rappers in two minutes flat is bound to have sent chills down the spines of Kaka Sungura and Khaligraph Jones. Simba is a masterful lyrical lynching that immediately contends for the spot reserved for the most scathing diss track of 2015. Fire in the booth!!! Listen and learn.

Another great release from Kwame via  Waithaka ENT. There’s so much to love about this track, especially the production – the pimped up, pulsing coastal vibes in the percussion and the brief sax solo for good measure – everything is simply awesome. A track to listen to immediately and replay severally.

Wawesh Mjanja’s R&B compilation album entitled Mahaba: A Sawhili Love Story seems to be taking shape pretty well, what with the flagship single being Sanaipei Tande’s Mfalme Wa Mapenzi. The latest release from the alb is an equally well-written track, Penzi Sumu, produced by Wawesh and MG. Penya graduate Victoria Gichora, who’s been causing some buzz recently, handles the vocal duties on this one like a boss.

After some relative silence, Silas Miami, now based in South Africa(?), has blessed us with a stripped down cover of SA hit-makers Beatenberg’s Rafael. Very interesting take and mood switch on the original track. For more of his covers, check out the Sunday Sessions series on his YouTube account.

Electrique DJs have teamed up with Kalekye Mumo to whip up Ngito, a feel-good addition to their upcoming 2015 album Coming of Age. Yet another positive case why Kamba songs have the potential to take over the afro-house genre.