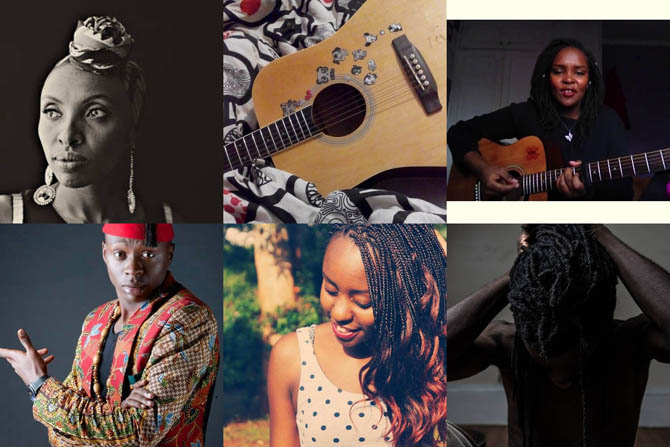 It’s yet another day full of new, not-so-new and buzzing music releases and covers from around and about the Kenyan scene. Let’s get right into it:

Wouldn’t it be awesome to have a Kenyan artist featuring on NPR’s excellent Tiny Desk Concert series this year? Well, Seattle-based afro-soul singer Naomi Wachira has stepped up to the plate and is taking part in this years Tiny Desk Concert to pick an artist who will feature on the series and get to perform in a bunch of other career-boosting events around the United States. The first rounds of selection and voting have began and will go on till March. Here’s Naomi Wachira’s entry.

There’s another Kenyan in the United States making waves. Jason Sibi-Okumu is fresh from graduating from the Berkelee College of Music with a Diploma in Songwriting. He also delivered the Student Address at the College’s Commencement event. He’s already putting his songwriting chops to good use in Battle, a personal account of his experiences as he underwent a kidney transplant in 2007 and a tribute to his mother who was his donor of the healthy kidney.

For those who may not know her already, Kali is a singer-song writer and a budding YouTuber with great taste in music and a knack of covering some of her favourite songs. She recently moved to Melbourne, Australia to study music. She’s just dropped a cover of Janelle Monáe and Miguel’s PrimeTime featuring Kelvin K. who was last seen on Atwal’s big tune All Day. This cover is pretty good!

Another YouTuber and cover enthusiast  you may not know about is Barbara Wangui. As an introduction, here’s her cover of Drake’s Hotline Bling.

Navalayo Nazzva describes herself as “all things metal, with a bit of jazz and classical.” The singer-songwriter currently at Penya Africa’s Sauti Academy may be all goth on the outside but her musical influences are deep and wide. Here’s her short cover of Beyoncé’s XO.

Like most other funnymen who branch off into music, it’s always hard to draw the line between what is a serious musical release and a parody made for laughs when it comes to Obinna’s music. And it can be problematic. The excessive goofiness of Igwe or his rework of Alkaline’s Fleek for example, has more of the Eric Omondi than the Mejja flavour of funny. But there is some enthusiasm about Obinna implying that he really wants to be taken seriously on the musical front. Anyway, his latest effort is a rework of Sarkodies’ Adonai titled Kileleshwa, featuring rappers Nebulazz and Pharaoh.