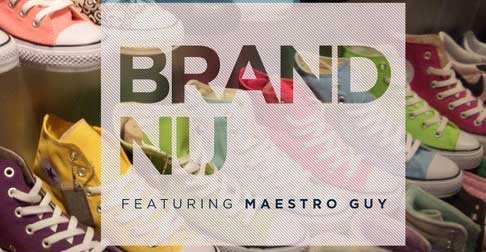 Gospel artist Noel Nderitu released his debut 8-track EP, My Kind Of Music, late last year via waabeh.com, giving us a feel of his wide musical palette through that traverses through neo-soul, R&B and hip-hop. The EP was produced by Sound Mind/Motion Image & Sound’s Jaaz Odongo who (as expected) did a stellar job on this very soulful release. The first visual treat from that EP is Brand Nu which was first released as part of a separate Sound Mind project called the Freedom Mixtape.

As the title suggests, Brand Nu is all about being born again and the sense of spiritual rebirth and renewal that comes with it. Noel Nderitu weaves some delightfully intricate lyrics around this topic, full of all the stuff you should expect from any good rap song. Every bar has something to appreciate, whether it is a well-thought out line, impressive biblical references or Noel’s flow that tends to remind many of rap guru Kantai. “In all things He’s exalted, light of the world/ yes, I’m trying to keep it salty/Imma hold on to that flavour ’til I leave the scene” he raps, in reference to Matthew 5:13 (You are the salt of the earth…).

There are no disappointments production-wise either. Brand Nu has a really solid beat with the unmistakable signature “Jaaz-y” feel to it, which is a good thing. It finishes strongly with one of the best breakdowns I have listened to in a while, also serving to showcase Noel’s vocal abilities and is probably one of the reasons you’ll get the urge to replay this track multiple times.

Sammy Dee directs the music video which lends to the song some extra symbolic value. We see Noel getting a fashion makeover at Nairobi’s Store 66, from random worn-out clothes to a fresh and clean look anyone can be proud of. The concept’s ironical role reversal of symbolizing spiritual rebirth with a fashion makeover/an upgrade of material nature hits home in a very simple but profound way.

We’re glad one of the strongest tracks on the My Kind Of Music EP gets the music video treatment and hope it will add some extra mileage for what was of of last year’s most cohesive and well-done EPs. Get it on waabeh.com if you haven’t already.