On Our Radar: Extra Golden 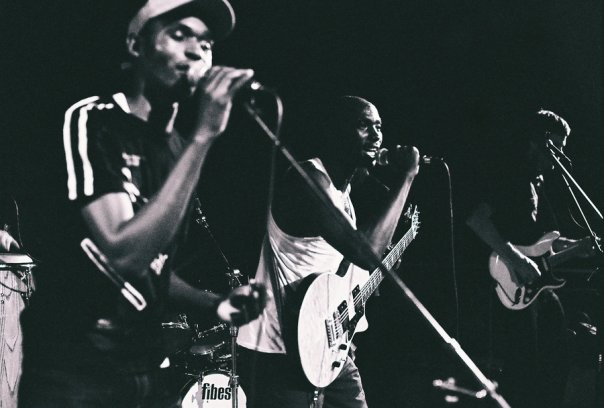 Apart from the better known Owiny Sigoma Band, Extra Golden is the other band that has demonstrated the ability to unite Western and Kenyan musical styles into a unique and refreshing listening experience. Extra Golden came about when Ian Eagleson, a member of American rock group Golden, flew on to Kenya to research on benga music for his doctoral dissertation. He met up and was assisted by Otieno Jagwasi, guitarist and vocalist for Extra Solar Africa. This culminated in Ian Eagleson, Alex Minoff, Otieno Jagwasi and Onyango Wuod Omari coming together as Extra Golden in 2004 for their first recording project showcasing their work that seamlessly brought together benga and rock.

The route to Extra Golden’s debut album, recorded in a portable studio in Nairobi, was one paved with uniquely Kenyan experiences of pain and loss. Otieno Jagwasi endured the recording session despite suffering from kidney and liver disease made worse by HIV, finally passing away in 2005. The band also bore the brunt of corrupt CID cops who had to be bribed to spare the band members the extra headache of our equally broken justice system after an alleged drug bust. Quite naturally, the debut album released via Thrill Jockey was named Ok-Oyot System, derived from “ok oyot” which translates to “it’s not easy” in Luo.

Despite the unfortunate beginnings, the band soldiered on, recruiting Onyango Jagwasi (Otieno’s younger brother) and benga heavyweight Opiyo Bilongo for their second album Hera Ma Nono, recorded in the USA in much better conditions than for Ok-Oyot System. Off the 2006 album came the rapturous Obama, an energetic number praising the then Senator of Illinois, way before Obama songs became a thing. After all, it was Obama’s office that helped sort out Opiyo Bilongo and Onyango Wuod Omari’s visa issues, enabling the band reunite for the 2006 Chicago World Music Festival and to record the album.

Under their current configuration of Ian, Alex, Onyango Wuod Omari and Onyango Jagwasi, Extra Golden released their third album Thank You Very Quickly having grown into a very cohesive unit. Thank You brings out the band at its best, thumping and strumming out benga-rock in balanced doses and not forgetting to bring into the song lyrics the themes and people that have defined its experiences so far – from HIV/AIDS to the 2007 post-election violence to their very supportive fan base.

On Our Radar: Dave Okumu

Extra Golden is a perfect cultural exchange by two largely similar groups of musicians despite being one continent and an ocean apart.  There cannot be any doubt that this collaborative effort further demonstrates the link between rock/blues and African music. You can buy the albums from their label’s website (some sweet deals on the vinyl records) or Amazon.