On Our Radar: Kaa La Moto 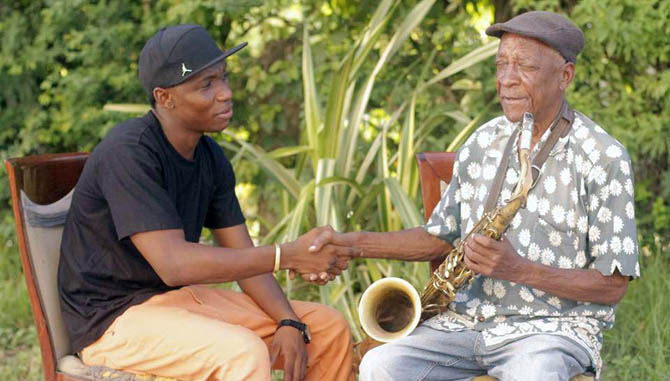 There tends to be a level of understatement in discussions about the contribution of the Coastal region to the early development of Kenyan hip hop music and culture. More prominence is often given to artists and stories from further inland, more so Nairobi. The starting point is usually at the formation of the Mau Mau collective and Kalamashaka’s breakthrough single Tafsiri Hii.

It is easy to forget that these events were taking place almost at the same time as (or probably slightly later than) the formation of the Ukoo Flani movement in Mombasa. This is the movement that gave prominence to artists such as  Nguchi P, Chizzen Brain, Sharama, Labalaa, Cannibal, Fujo Makelele and several others. They developed their own unique style of hip hop that stayed true to their identity as a social movement and a voice of disillusioned youth all over Mombasa and the Coast. Their collaboration with Mau Mau  as Ukoo Flani Mau Mau and the resultant Dandora Burning  album was a pivotal moment for Kenyan hip hop but did not translate to greater commercial success for the Ukoo Flani half.

Fast-forward to the present, things are a shade different from the balance of commercial success between Nairobi and the Coast a couple of decades ago. While it can be a tricky affair for an upcoming urban artist from Nairobi or Kisumu to top the charts in Mombasa, the Coast is seems to be churning out more and more notable hip hop and dancehall acts that are spreading their fanbases countrywide while enjoying solid local support. A prime example of emerging Coast-based talent is Kesi Juma Mohamed, better known as Kaa La Moto.

Kaa La Moto is a hip hop artist who takes his craft seriously. Beginning his career in 2009, he gradually grew a reputation for his on-the-fly freestyling and lyrically heavy songs. His work comes off as a product of one who had studied and was inspired by the efforts of Ukoo Flani. He maintains the same objectives as those pioneers of kaya hip hop, that is to use his talent not just to entertain and make a living but first and foremost as a means of highlighting social issues. He is particularly passionate about dropping bars on drug abuse, a problem that is rife at the Coast. When he feels like it he’ll also rap about ebola, or gospel music, or the teachers’ strike. Anything goes really.

Kaa La Moto’s freestyling skills and socially conscious music has quickly made him one of Mombasa’s most sought-after hip hop artists.  This has translated into being named as the Hip Hop Artist of the Year at the Coast Music Awards of 2013 and 2014 and the Pwani Celebrity Awards of 2015. He is also a host of Pwani TV’s weekly Hip Hop Teke Teke  series. With the upgraded profile has come a series of collabos including guest verses on Nyota Ndogo’s reboot of Mapanya  and on Susumila’s Tuliza Nyavu (Remix) also featuring King Kaka and Vivonce.

On Our Radar: Tetu Shani

While he’s gained more countrywide attention through the release of Dear Hip Hop, his latest single best illustrates Kaa La Moto’s huge potential as an hip hop artist developing his craft with a similar approach  to that pioneers like Ukoo Flani and also in collaboration with the rich musical culture that has existed at the Coast for hundreds of years. Nisikilize Mwanangu  is an unexpected collaboration between Kaa La Moto and Mzee Ngala, a legend of bango music. This fresh and out-of-the box fusion demonstrates how much better Kenyan hip hop can be if artists can dust off those old records and sample off Kenyan sounds of the past.

Kaa La Moto has firmly placed himself in the front line of hip hop artists making big moves at the Coast, and no doubt the rest of the country as well. Being part of the lineup and at last week’s #WhoIsKing freestyle concert at Alliance Française Nairobi (which King Kaka and Khaligraph Jones suspiciously opted out of) should tell you a thing or two.