On Our Radar: Tetu Shani 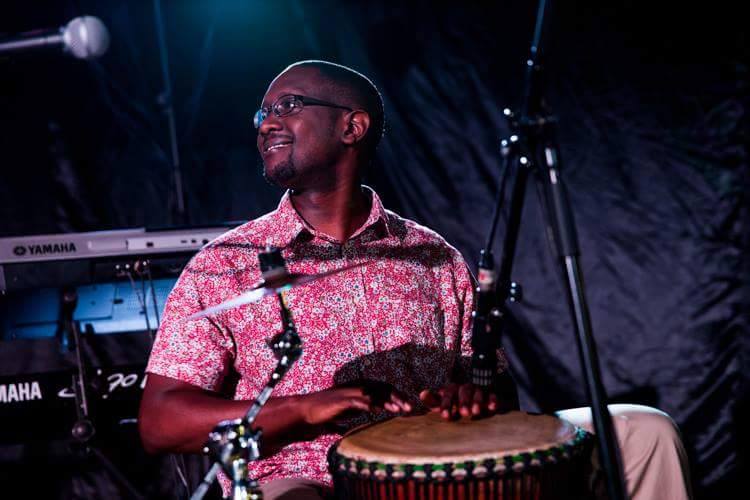 Tetu Shani is no stranger in local musical performance circles, having performed as a session musician with several artists and ensembles in Nairobi since 2011. A  self-taught percussionist and guitarist, he is probably best known for his exploits with his favorite musical instrument at the moment – the djembe drum from West Africa. His journey to being considered one of the best djembefolas (master djembe players) in East Africa has been as much geographical as it has been musical.

Tetu lived outside Kenya between 1993 and 2010, passing through countries such as the United States, Canada, Mauritania, and Zambia. By the time he first laid his hands on a djembe drum in Senegal, all the musical influences from his travels around the globe prepared him to take a wholesome and contemporary approach to playing the instrument. His unrestricted approach to applying his African percussion skills ranges from reggae covers to collaborations with freestyle basketball crews.

While Tetu’s acceptance to the prestigious Berklee College of Music in 2014 with a scholarship to study Performance adds to the list of his achievements, he is far from done. A meeting with the award-winning South African artist Johnathan Butler at the 2015 Safaricom Jazz Festival inspired him to start recording his own material. This new venture is to culminate in the release of his debut album entitled Mood Music in the immediate future.

Round and Round is the first single from the debut album and was released on June 8 2015. This ambient track derives its inspiration from a very brooding place. According to Tetu, he wrote Round and Round at a point when he felt like he was stuck in a rut both career-wise and relationship-wise. This emotional state literally bleeds through the guitar riffs and the wise decision to use minimal vocals for the track. It all comes together beautifully.  Check the single out below:

On Our Radar: Jwa Kobra

Tetu Shani is certainly an artist to watch keenly. He brings with him a multi-cultural musical background as well as a different, open-minded and contemporary approach to African percussion. His debut single also serves to show that he is not all about the djemebe alone – he can also put together an excellent piece of music based on other instruments.