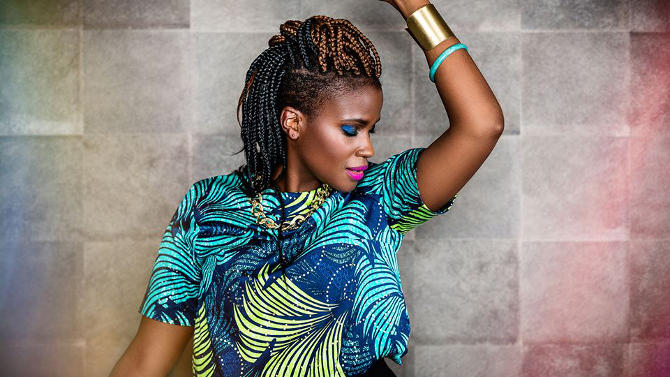 Patricia “Treesha” Mwaura is a singer-songwriter currently based in Germany but born and raised in Kenya. Her relocation to Germany is what jumpstarted her career when she joined German reggae star Gentleman and his Evolution Band on backing vocals. As a result, she has performed all over Europe and for Gentleman’s groundbreaking MTV Unplugged concert earlier this year.

Watching her back Gentleman, it is easy to see how she plays an integral role in the band courtesy of her powerful, breath taking vocal presence. That is not all – she has stepped up from the background and is embarking on a solo career with a debut full length album entitled Listen via Undipsuted Records/Kskamp Intl., entirely co-written with Skarra Mucci and released on June 8th 2015.

Even though the album is predominantly various flavours of reggae and some riddims, Treesha’s vocal versatility on the album can afford some deviations to other genres, particularly R&B and pop. Take the opening track of the album, Love Letter, for example:

As expected of a seasoned backing vocalist, Treesha impresses the most on tracks with more live instrumentation, which is a very good thing. Some of her live performances are really good, like this version of Don’t Do It:

Her lyrics are full of the type of content that reggae music is designed for – love songs both painful and pleasurable as well as some issue-based social commentary. Her connection to Kenya is as strong as ever, and perhaps influenced the decision to shoot her debut music video to her very first release, I’m A Lion, right here in Kenya.

On Our Radar: [email protected]

It may not be long before Treesha starts making major waves in international reggae circles. She could even try out some full-on R&B projects. Either way, the future certainly looks bright. Purchase her album on iTunes, Spotify, Deezer, or Amazon.  Check out her Facebook page as well.