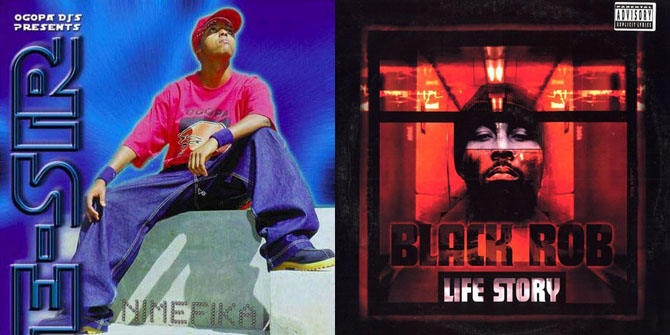 This week marked thirteen years since the tragic death of Kenyan hip hop artist E-Sir in a road accident on March 16, 2003. The abrupt end to his potentially limitless career may have been untimely, but his rise to fame could not have been better synchronized with the significant changes taking place in the Kenyan music scene at the time.

Riding on the Ogopa wave that revolutionized Kenyan urban music and his unique lyrical abilities, E-Sir instantly struck a chord with nation and became the artist of the moment. The award wins/nominations and his much acclaimed debut album unfortunately came post-humously and were transformed into symbols of the massive loss of potential of Kenyan music as a whole, leaving the entire industry distracted and traumatised as well as rendering the public’s ears perpetually cynical – the effects are still felt up to this day.

The very first taste of what E-Sir had to offer was his Ogopa DJs produced collaboration with Big Pin, Nimefika, released in 2001.

The record was inspired by and heavily sampled Whoa!, the 2000 breakout single by Black Rob off his debut album Life Story released under Puff Daddy’s Bad Boy Records. Unlike E-Sir’s timely debut synchornized with the rise of Ogopa DJs, Black Rob’s hit was one of the very few successes of Bad Boy Records in the 2000s. His fortunes floundered with the decreasing popularity of his label and Whoa! and its remix became the only highlight of his career to date.

The infectious violin riff on Whoa! was a genius sampling of French singer-songwirter and composer François Valéry’s 1983 release entitled Joy. Diddy and his crew must have dug deep in the crates for that one. The sample appears at 2:10 on the instrumental version of the track.

E-Sir and Black Rob’s breakthrough singles illustrate just how timing can be both cruel and kind, most often in ways that you cannot immediately perceive. On one hand you have an artist not aware that his first track will catapult him to fame and on the other, a continent away, the artist he sampled expecting his first hit to do the same but it ironically becomes the only thing he is remembered for.