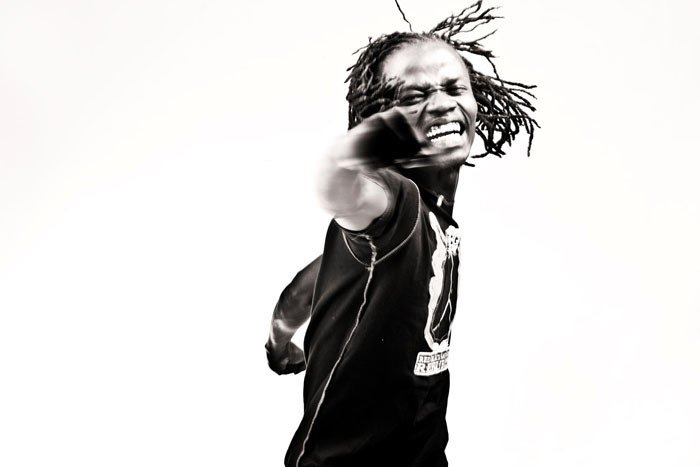 Sample Sunday: Juliani – Who Is To Blame ft. Eric Wainaina

Juliani’s debut album as a solo artist, Mtaa Mentality, revolutionized the gospel rap scene with its impressive lineup of massive hit songs, socially conscious and relatable lyrics all brought together by the thoughtful wordplay of the former Ukoo Flani member. Biceps and Hela were almost permanent fixtures at the top of local charts for quite a while around 2009. The album also contains an interesting collaboration with Eric Wainaina called Who Is To Blame. It is full of provoking social commentary on the sorry state of affairs in this country and our culture of looking to other pople to take responsibility for finding solutions to our problems. Listen to the track on Juliani’s MySpace account HERE.

The chorus is drawn from Eric Wainaina’s song of the same name, released in 2001 as part of Wainaina’s debut album Sawa Sawa. Have a listen below:

There can never be a better pairing than Eric Wainaina and Juliani when it comes to producing thought provoking music that can speak to the inner activist in all of us.