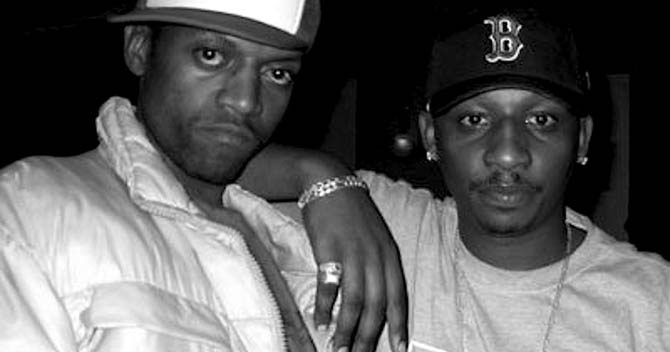 It is impossible to discuss the period that can be considered as Kenya’s Hip Hop Golden Age without mentioning K-South the Kenyan rap duo comprising of Bamboo and Abbas. Making full use of Bamboo’s story telling skills and Abbas’ exceptional lyricism, K-South churned out Nairobbery, one of the most solid Kenyan hip hop albums of the 2000s via Samawati Records.

To this day, Tabia Mbaya remains one of the standout tracks off the album, a witty song describing Kenyans’ peculiar (bad) habits. The “music video” on Mizizi was also an unforgettable one scene affair, depicting the duo having a relaxed sitting room conversation with the boys.

The laid back production of the track was inspired by Lets Do It Again a 1975 single by the American 70s soul and R&B group The Staple Singers. It was also the title track to a soundtrack album for a Sidney Poitier film of the same name.

The coincidental similarities between Tabia Mbaya and Let’s Do It Again (the film) makes this sampling choice even more interesting  – both with two powerhouse performers in Bill Cosby/Sidney Poitier vs Abbas/Bamboo, all doing some sort of commentary on hard city life, both based on a robbery theme of some sort etc. – but let’s not get carried away… Check out Let’s Do It Again (the track) below:

Massive shout out to hip hop head @SupremeGREAM for spotting this gem:

K-South sampled this jam for their Tabia Mbaya jam RT @ZMukewa: Let’s Do It Again – The Staple Singers ?? pic.twitter.com/iI0eGKAjcx