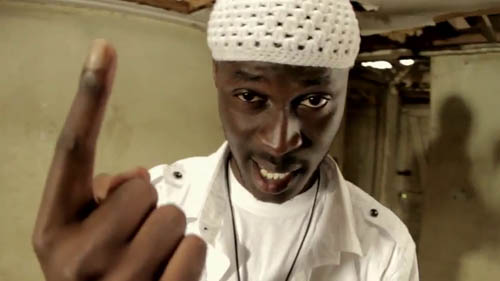 Kennedy Ombima, better known as Rabbit or Kaka Sungura, is undoubtedly one of the most intuitive and most talented rappers in the local scene right now. While he has spawned several hits such as Adisia and Ligi Soo, among his greatest accomplishments so far remains Swahili Shakespeare – the now famous monster single that was initially meant to be a mere intro to his mixtape entitled Last King Of… It struck a cord with fans who were clearly wowed by the originality of the production and the video was also quite polished. The common consensus was that this track was one phenomenal coup for the Kaka Empire production house.

So what the big deal? Well, we’re here to poop the party, kind of. Courtesy of a bunch of friends with ears in thousands of different places, we can now reveal that there wasn’t much to do in terms of the audio production of this track. The instrumental was basically lifted off Sad Romance, a violin soundtrack of a Korean soap opera called Over The Green Fields composed by Ji PyeongKyeon. While it was released in 2002, the piece became very popular in 2009 thanks to YouTube. Have a listen below:

We understand that the track was meant to be a mixtape intro and that the mixtape culture gives you the freedom to hop on any beat to display your skills. This must have been the intention in this case as well. However, on our part, the violin piece was too interesting to avoid investigating further. Does this show the depth our producers are willing to go to come up with something that can change the scene a bit? Or was this just a case of a lucky and random find by the producers of Swahili Shakespeare? That should be the discussion.