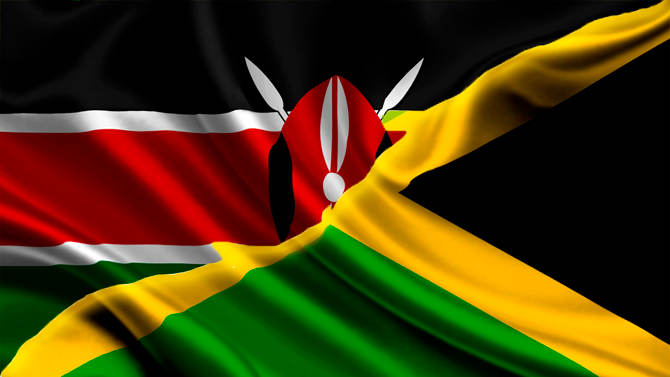 Sauti Sol’s lastest release Shake Yo Bam Bam  has sparked some interesting discussions on its sampling of some classic Jamaican reggae and dancehall riddims (as well as Awilo Longomba’s unforgettable Coupé Bibamba). The apparent trend in the past five or so years is that more and more Kenyan producers and musical artistes are turning to the old and new sounds of the Jamaica for inspiration. This makes sense from every angle you’d bother to look at.

Firstly, dancehall and reggae music are the preferred genres of Kenyan youth today, more so those in urban areas. Even though a recent study’s claim that only 55% of Kenyan youth are interested in music sounds a tad bit inaccurate, its finding that reggae/dancehall was the most preferred genre in these parts was spot on. Therefore, an artiste aiming to strike an instant chord with a large urban market would probably go for a reggae/dancehall inspired sound

Secondly, from a copyright point of view, Jamaican riddims have always occupied a grey area. The methods and motivations surrounding Jamaican commercial music has created a culture which considers musical works more or less in the public domain, an attitude that has defied the country’s own copyright laws. The origins of the riddim system has been traced to the logic of minimizing the expense of record production by re-using the same tracks over and over, during an era when studio time was very costly indeed. Some classic riddims have been recycled so may times that tracing  the original owners is a difficult task. The legal and commercial considerations that come into play can just be as complicated

For these reasons, sampling from riddims is likely not to be frowned upon at all. .In fact an interesting exchange is starting to happen, with some African hits like Mafikizolo’s Khona  getting the Jamaican treatment.

That being said, here are some examples of riddim sampling in Kenyan music over the years, ignoring stuff from local reggae and dancehall arists:

Sauti Sol’s latest release is heavily influenced by the 2002 Diwali Riddim and Awilo Longomba’s Coupe Bibamaba. The sampling here is so heavy that whatever original elements Sauti Sol tried to squeeze in are eclipsed by the nostalgia brought on by those two tunes. Diwali Riddim that spawned major hits  from T.O.K’s Galang Gal, Sean Paul’s Get Busy, Brick & Lace’s Love Is Wicked, to Lumidee’s Never Leave You. If you weren’t old enough to twerk to this riddim when it was hot, perhaps now is your chance.

Produced by Pacho Ent’s Cedo, the masterful sampling in this certified banger is pretty subtle and cheeky enough for the track to develop its own personality. Only the absolutely keen listener would notice the sample from the 1992 Big Up Riddim that was pretty popular in its day.

Big Up Riddim  itself was inspired by Bob Marley’s Could You Be Loved.

Speaking of Bob Marley, Dandia also samples the break down of Bob Marley’s I Shot The Sheriff somewhere in there as well. Cedo clearly outdid himself on this one.

No doubt the most played track of 2013, P. Unit’s You Guy sampled a track that that will always guarantee success on the dance floor –  Murder She Wrote  by Chaka Demus & Pliers from way back in 1990.

Whether he utilized DJ UNK’s Show Out  for the “Poa” bit of the track is a mystery, but Madtraxx definitely sampled Gear Box Riddim to manufacture this massive tune. Gear Box Riddim spawned tracks such as Erup’s Click Mi Finger and Beenie Man’s Bad Man Story.

Someone must have dug deep in the crates to fish out the sample for Big Pin’s You featuring Sanaipei Tande – Oh What A Lie  by the legendary roots reggae group The Wailing Souls, off their album Inchpinchers.

More and more, if you look under the hood of our local hits, you’re more than likely to stumble upon some Jamaican influences, for the better and for the worse.