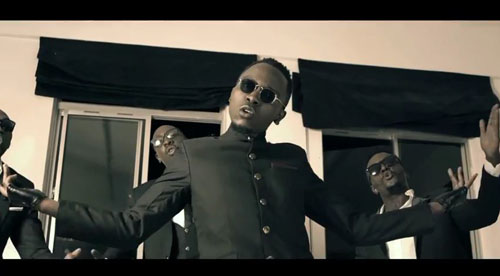 Sauti Sol – Still The One

Last year, Sauti Sol released the Sauti Sol EP as a follow up of their first two highly popular albums. On the Spoek Mathambo produced EP, the lads went on an experimenting spree which produced some interesting singles and a result sharply divided fans in half – the purists/conservative fans who were caught by surprise by the change in style and the progressive fans who were interested in this new and different potential exposed by the EP. (Take a look at a review of the Sauti Sol EP by our very own Will Press) In fact, the division of fans must have started when they did collaborated with P. Unit in Gentleman, as explained by the Kenyanpoet blog.


Their latest release Still The One  is now out to reunite fans as Sauti Sol returns to the good old formula that has churned out hits such as Lazizi. Produced by the seasoned Ulopa, it is a laid back track with an nice humming bass line – the instrumental is kept very subtle throughout, and quite intentionally too so as to wrap it with a nostalgic mood. Once again, it is stellar work from Ulopa who continues to impress with every release. The verses are kept simple and straightforward – whether that makes the song easily memorable or easily forgettable is up for debate. I guess the answer will come from looking at the number of people who will audition for the next season of Tusker Project Fame by singing the song. The chorus is catchy enough for sing-along moments though.

At around the three minute mark, the lads do a mini-mash up of all their previous hits including Lazizi, Blue Uniform and Soma Kijana, which somehow raises an interesting point of view – from where I sit, this track is not only about celebrating growth in love in the broad sense but also about Sauti Sol’s musical growth and the relationship with their die-hard fans. Sometimes, they may go on weird tangents and experiment with all sorts of sounds (a good thing for anyone who produces/performs music) but their musical core still remains that of the Sauti Sol so many of us were introduced to in Mwanzo. 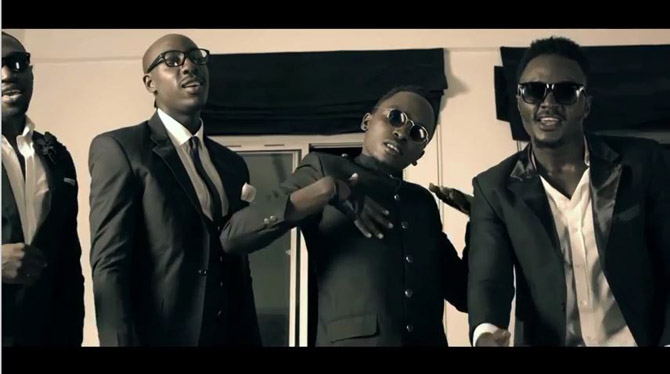 The stylish video is directed by Enos Olik of CJP Films who comes up with a concept that matches the song – it follows a couple’s relationship from childhood right up to twenty-something adulthood. An older couple is introduced towards the end instead of sticking with a linear concept as most people imagined the video would be (that is the showing the same couple in their 50s or 60s). The colour tones are kept down to bring that nostalgic mood once again.

Consistency is working well for Sauti Sol right now, in as much as they have previously proven that they can come up with something completely different from their core sound.