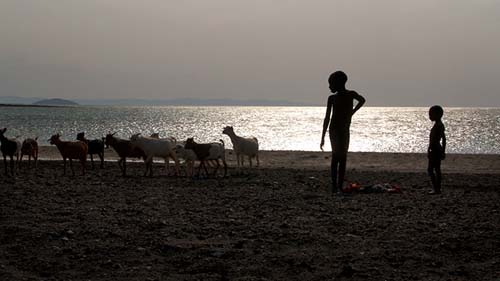 A new documentary film based on street life in Kenya and the harsh realities of rural indigenous communities being driven into urban areas due to poverty has been doing quite well in the film festival circuit and has been getting some rave reviews as well. It premiered at the Berlin Film Festival and was part of this years official selections at the recently concluded Canadian International Documentary Festivals (hotdocs). The documentary film follows the harsh lives of four street kids in various urban areas, one of whom is driven from her village deep in Turkana all the way to Meru in a desperate search to eke out a living. Watch the trailer above and check out other rough cut screenings made in the course of production.

The film’s title could be viewed in two ways – Tough Bond being a favourite brand of glue that the street kids have taken an addiction to. These kids also stretch the boxed in definition of “family” and “tribe” as used by the rest of the country, showing the universal instinct of human beings to relate to and identify to each other as family however unlikely the setting may be. It also flips the coin and sheds light on the realities of rural areas that have been marginalized for so long and left to wallow in poverty.There is also a cynical moment in the trailer in which former Vice President Kalonzo Musyoka claims that there are no street kids in Nairobi perhaps an indicator of the government’s attitude towards the ticking time bomb that is rampant urbanization.

Africa Creates: The Insanity of Writing

Afro-synth pop band The Very Best & Seye (joined by Kalbersg and  Dead Prez’s M1) lend a hand and come up with an EPIC soundtrack – if you have listened to The Very Best’s latest album MTMTMK, you will know what is in store. The trailer is alone speaks volumes, so we have no doubt the film itself is bound to one of the best to come out of Kenya in a while. Let’s hope it shows at home very very soon.