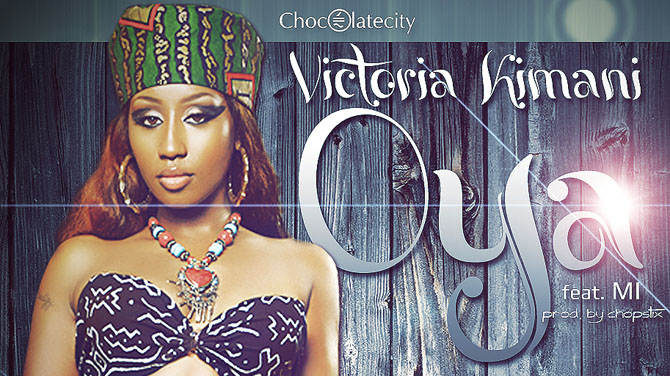 Chocolate City Group’s first Kenyan signing, Victoria Kimani, is back with her second official single and accompanying music video launched through her VEVO channel. She switches gears from the  girl-power attitude in M’toto and gets mellow for this one, shouting out to  the alpha male that has finally managed to capture her heart. Mr. Incredible comes in with a really good verse and sinks the track further into it’s already firm foundation. He is unapologetic for his obvious recession-proof awesomeness but still satisfied with his boo (“I’m incredible, not invincible, so I gotta know first what you into, cool?/ That whatever you wanna cop, I’m Interpol…”).

The track is produced by Chopstix, currently one of Nigeria’s most sought after music producers. The beats are laid back for an RnB feel and based on the unmistakable signature Chocolate City Afro-pop sound that the label has become so well known for. The video was shot on  location along the sandy beaches of California, L.A. and confirms that this tune is ready and waiting for summer love.