Wahu is not the type to release a ton of singles in a year. However, each year, she is sure to drop something significant enough to stay relevant and bubbling in the charts for a while, despite being in the business for almost 8 years now and having to face adjustments such as motherhood. Her creative process seems very organic and authentic, meaning that her music tends to grow along with her. This year is no exception – she has arrived for the second part of the 2013 with a new single, For You, produced by R. Kay. The music video comes courtesy of Alternative Concepts, her hubby’s production outfit.

For You is produced in the good old R&B format that we all know Wahu for. Her song-writing and vocal abilities still shine through the years. R.Kay’s production is the pleasant surprise though. This time he wipes the slate clean and has some really intuitive and different beats with a really solid melodic core. In fact, very few local productions sound like the backing track in For You. All in all, it is a very good job from singer, songwriter, composer and producer departments. 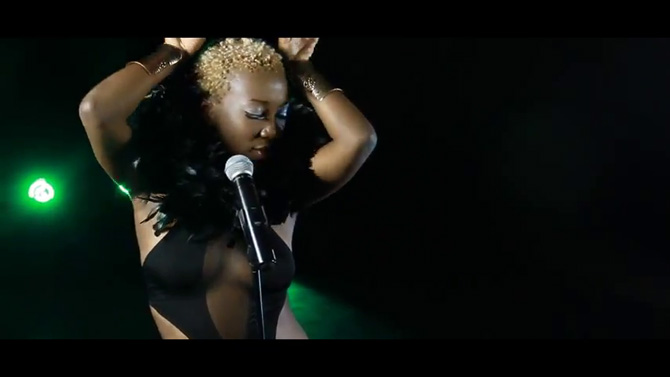 The video is also well done and a pleasure to watch as Wahu addresses this mystery gentleman who not only looks the part but can also “hit it” like a proper full-blooded African drummer-boy if you know what I mean. 😉

For You is a solid production by Wahu that presses all the right buttons. Her musical touch is still as fresh as ever, the mark of one who has mastered herself and the music industry in general.