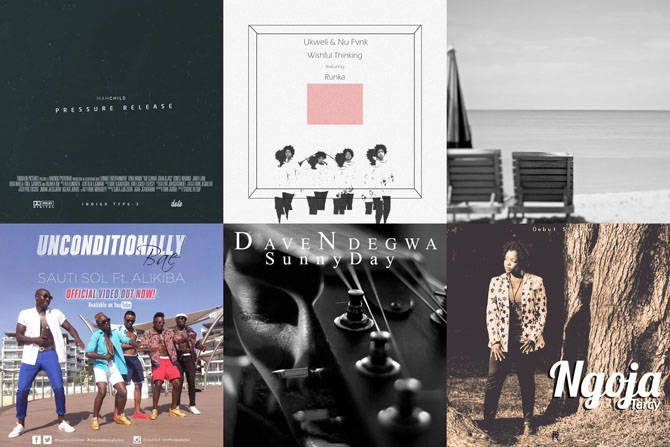 The EA Wave collective has embarked on an new project dubbed Wavey Wednesdays in which they aim to release new material every Wednesday of the week. Wishful Thinking  is the latest installment of the project, featuring Karun on vocals. This is a beautiful track about holding on to love when everything else seems messed up. Get lost in those waves. Also, check out Karun’s freestyle over Blinky Bill’s Lost Afronaut.

Ngoja is Tercy’s debut single produced by Robbie. This gospel track about waiting upon and placing one’s trust in God showcases Tercy’s potential for some pretty good songwriting. Let’s wait and see what else she has in store.

Manchild is exhibiting very fine form with a steady string of fine releases even as he works on his upcoming EP. Pressure Release is his latest offering that packs in some trap-centric beats, building up to a climax that will invade your headspace.

Mars Maasai blesses us with Madafu that playfully transitions between chilled out ambient sounds perfect for an evening by the beach and the kind of bass heavy sounds typical of the club scene at 1AM.

Sauti Sol team up with Tanzania’s Ali Kiba on Unconditional Bae, combining their signature sounds for some pretty standard afropop goodness. No surprises here. Check out the 7.5 minute music video if you’re one of the few people who hasn’t.