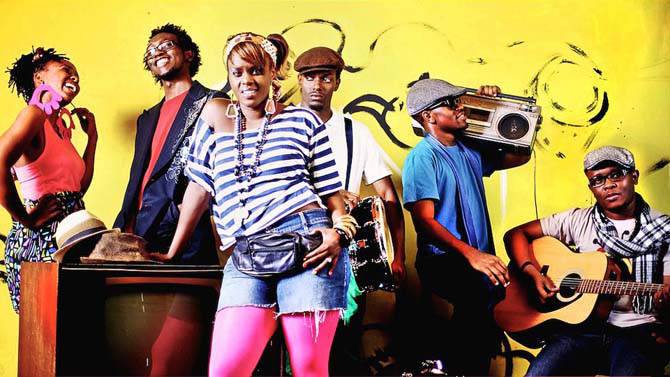 Ma3 was in many ways a supergroup. The quirky 6-piece afro pop band’s constituent members comprised of a bunch of high achievers in different areas within and without the music industry.

Tim Rimbui continues to make waves through his Ennovator label and digital music marketplace Waabeh. Kato Change has gone on to become one of Kenya’s most sought after guitarists and dropped one of Kenya’s best albums of 2015. Nanjira Sambuli switched from the band’s lead vocalists to managing iHub’s Governance and Technology research wing. Wandiri Karimi had already set himself apart as an intellectual property lawyer while Matthayo’s reputation as an excellent drummer has never been in dispute.

In the short period the band was active (2009 – 2013), they dropped an album entitled Beba Beba riding on the strength of its title track, featured in some of Nairobi’s biggest concerts of the time and was the in-house band for Mnet’s popular talk show The Patricia Show.

The track seems to have been inspired by Jason Mraz’s massive Grammy nominated smash hit I’m Yours off his 2008 album We Sing We Dance We Steal Things.