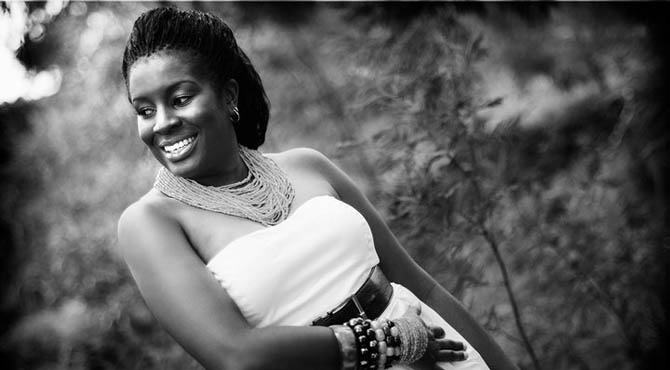 Atemi Oyungu’s long-awaited second album Manzili – State of Life (available on waabeh.com and music stockists country-wide), released last year after a six year wait from die-hard fans, points to the advanced level Atemi is at when it comes to stretching the limits of her song-writing and vocal abilities as she finds her own voice somewhere in between her two main musical influences – Jill Scott and Miriam Makeba. Even in its diversity the album still manages to sound cohesive, ending with an acoustic version of Atemi’s best known hit Happy. Following Nairobi and Taxi is the latest single off that album entitled Sunny Day.

Sunny Day tends to slide heavily towards Atemi’s Jill Scott-y side. It is one of those hopeful, happy songs about concentrating on positivity no matter how bleak the situation is. Tackling everything from cheating spouses to the problems facing our “dark” continent, Atemi has a lyrical silver linings for them all in a couple of well-written verses. Tim “ennovator” Rimbui also presses all the right buttons with the accompanying soulful instrumental that is clearly meant to rouse spirits.

Just a Band’s Mbithi Musya handled the directing duties for the music video. Based on a simple enough concept of a day out in the sun.complete with some light choreography by some backing dancers, just in case, by some strange miracle, you still haven’t gotten the “Don’t Worry Be Happy” memo yet.

Get yourself a copy of this afro-soul sensation’s new album ASAP. Hopefully, some more standout tracks from Manzili will get the music video treatment.