On Our Radar: Empress Black Omolo 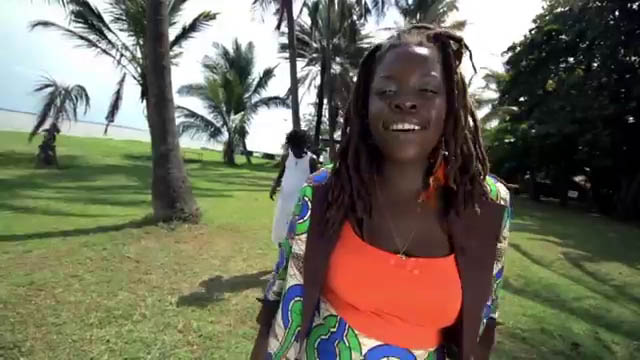 The modern Kenyan music scene has  always had special links to the Netherlands, one of the most liberal places to live in. Perhaps it is this culture of tolerance and pragmatic thinking that has made the country in general so receptive to other cultural influences. After all, it was Holland based promoter Nynka Nauta that elevated Kalamashaka and Ukoo Fulani Mau Mau to the status of the most respected Kenyan hip hop groups to date. Even rapper Octopizzo has done a collabo with rock band Chef’Special. Let us now introduce you to yet another product of this long-running Kenyan-Dutch symbiosis. She’s called Empress Black Omolo. If you haven’t already guessed from her name, she’s a reggae artist with roots in both Nairobi and Holland.

Empress Black Omolo’s musical journey began at 5 years of age, starting off with a similar foundation as many artists world over – singing in church. Her musical influences include Erykah Badu, Lauryn Hill, Tracy Chapman and Anouk. She is now among the cream of the crop of the Dutch music scene, having worked with bands such as Jah Storm, Gorgon Massive and Dredda Youths. She is currently linked to the Gideon Grounds band and the I Youth movement.

While her main tour rounds consists of European cities, she is committed to making a mark in Kenya, if not Africa. She came down for a special concert in Kenya late last year and also hooked up with Nakuru-based producer and video director Crizo Mzeyah to whip up a quality music video to her latest track Love & Affection. Any decent fan of reggae will appreciate her style and sound which is right at par with anything coming out of Jamaica, or our very own usual staple of reggae/dancehall stars.

Now, how can a reggae artist based in the Netherlands not have at least one song about weed?  The Empress did her duty and has a very catchy marijuana tribute song called Sensimilia.

When it comes to counting Kenyan folks making it big in reggae and dancehall, Empress Black Omolo MUST be included in that list beside the Wyres, Redsans and Nazizis of this world. Can someone get all these folks to do a collabo? Catch up with The Empress on Facebook and check out her other content on YouTube.