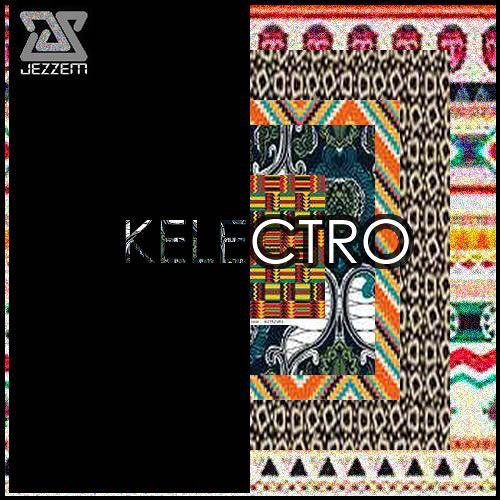 What a time to be alive! There’s so much activity in the Kenyan electronic and alternative music scene, one can hardly keep up. While some of the movers and shakers are sticking to the standards and sounds that have already been globally accepted, others are trying to figure out Kenya’s and East Africa’s place and identity within those genres. Artist Jesse “Jezzem” Sembene is among the latter group. He has just released a new EP entitled Kelectro with the intention of introducing kelectro/bembe the new sub-genre he is trying to develop

According to Jezzem, kelectro is a fusion of elements of electronic music and kapuka, while bembe, derived from the Swahili word “bembeleza”, comprises of sounds that are meant to gently coax the listener into dancing. The seven-track Kelectro EP is therefore meant to demonstrate the potential of kelectro and bembe working together to come up with something groovy and danceable. And it does.

Jezzem built this EP as a silky smooth ride all through. It combines soulful grooves, seductive lyrics, a bunch of hilarious stories told narrated by Jezzem’s deep, echoing voice; and an overall feel-good, chilled out vibe. Hapo Ni Sawa is your standard tale of Kenyans up to mischief and romance on a random weekend. Jezzem’s alter ego seduces a girl he’s just met, complete with some very nerdy references to stars and Japanese salutations. The seduction is taken up several notches higher with What’s Your Name and Luhya Lover in which he goes full tribal on this girl while serenade by a sexy flute. This would have made for quite an entertaining episode of Tujuane.

When he’s not romancing, Jezzem reminds us that this EP is his pitch for kelectro and bembe. Tulia and Kijiko Mwiko Kifuniko are the lead prototypes for bembe and kelectro respectively. The bembe is strong on Tulia, keeping things chilled out with an unhurried house beat and tropical vibes that are in tune with the lyrics’ message: “Tulia, tabasamu… don’t shed no tears / we are the children of the sun.” Kijiko Mwiko Kifuniko explores older house and electronic sounds as Jezzem raps about eating life with a the biggest spoon you can find.

The EP closer Scream (Wika) is just as interesting, retaining similar old school house vibes to those in Kijiko Mwiko with a touch of blues and almost sounds like what you’d get if Kanye’s Fade and Gorillaz’ Clint Eastwood  had a love child, which is a good thing.

Sauti Sol – Still The One

This is an ambitious project by Jezzem and lays a good foundation for developing the kelectro/bembe sub-genre and bringing it much closer to more and more Kenyan sounds. There’s a feeling that he could have taken some tracks further outfield but as new genres go, it has to be fresh but with traces of the familiar. Don’t get it twisted though, this is one adventurous EP.