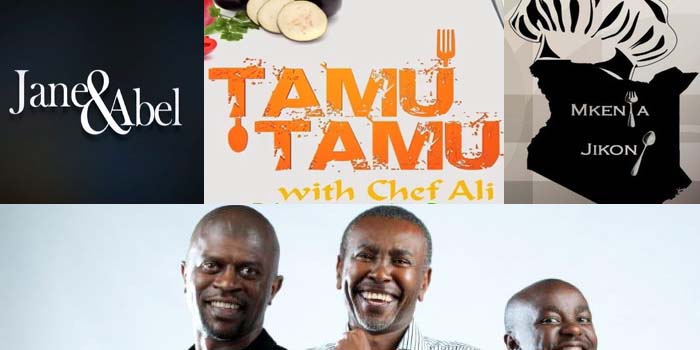 More and more TV shows are lining up for their premieres this month with others getting into the production phase after a series of casting calls. The focus in this new wave has been more of the reality and talk show format than the usual drama. What is more interesting is that Nigerian production companies have started showing an interest in Kenyan talent as well. Looks like the way to go these days is to come up with productions that have a Pan-African appeal. Anyway, here are more August premieres and other shows coming up around the corner.

Mentality – Wednesdays at 10.30PM on NTV


The first ever male-oriented talk show has really done some rounds on our TV networks, first starting on K24 and then moving on to Zuku. The show shifts base yet again to NTV for its new season with the likes of Ian Mbugua still at the helm. However, lovers of Shark Tank have been left hanging ever since Mentality will be replacing it on the Wednesday late-night slot.

Celebrity chef Ali Mandhry’s new cooking show premiered last Sunday, kicking off with quite an odd combination – Kisii cuisine at Nairobi National Park. Our thoughts on the premiere are coming up. Watch episode one below if you missed it.

Spielworks Media are making final touches to Jane & Abel, a new drama series about the consequences of unearthing secrets between rival families in a destructive journey of revenge. Those confirmed to be part of this series include Mali‘s Kevin Samuel. No indications on which network will air the show.

Three more weeks to go for @JaneandAbel to premier.

Produced by Iamthefuture Ltd. and C-Through Productions, this upcoming show was put in the cooler for around a year until being whipped up again after a commissioning deal with major content distributor Côte Ouest. Well, the show has been described as a Kenyan version of Sex &The City and will feature stars such as Patricia Kihoro, Wendy Kimani and Godfrey Odhiambo. Auditions for other characters have been ongoing over last month. It will probably premiere on a pay-TV network such as MNet or Zuku for its first run – with the budget per episode in the neighbourhood of Ksh. 1 Million.  Here is the pilot episode from a long, long time ago to give you an idea of what Rush is all about:

Iteri Media and Chromatic Pictures have just completed auditions for a cooking show called Mkenya Jikoni. Yes, yet another cooking show. Very little details have seeped through the cracks about it, but our intelligent guess is that it is something like Dads Can Cook with the average mwananchi gracing our screens each episode instead of a celebrity. Only time will tell. Unfortunately, time is  a commodity running low for Chromatic with shows like Tamu Tamu and Delicious Nairobi grabbing attention.