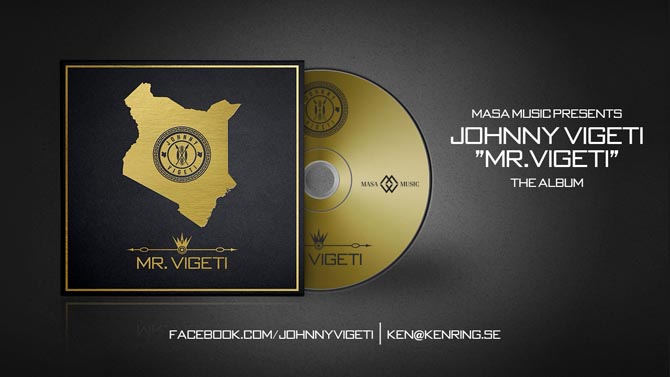 Legendary hip hop group Kalamashaka is the perfect mascot of Kenya’s hip hop Golden Age. Vigeti, Kama and Roba kicked off things right at the start of the 2000s with their pioneering classic album Ni Wakati. The album was chock full of revolutionary ideas and a top notch production, earning them an instant mass following around the country and the continent (via the success of Fanya Mambo, Tafsiri Hii and the title track) in a way no other local hip hop outfit has been able to emulate to date.

They were also present at the peak of this era, taking part in the Kilio Cha Haki initiative which culminated in another highly successful collaborative album and the massive music video to All Over The World, serving as a swan song to great decade or so of an amazing awakening of Kenyan urban music. The Dandora based group then faded away and the hip hop scene began its decline to what it is today.

Fast-forward to the present day, K-Shaka’s efforts to return to the scene can be traced back to the group’s chance meeting with Swedish Kenyan rapper/producer Ken Ring back in 2001. The group formed a rapport with Ken Ring who was involved in the production of Fanya Mambo and its music video (finally a rare glimpse into those exciting times is available here).  After re-establishing contact with Ken Ring, the group hit the studio once more and churned out an album late last year. On top of that, Johnny Vigeti has been up to some extra work with Ken Ring and has finally released his highly anticipated album entitled Mr. Vigeti.

It’s difficult not to admire how Mr. Vigeti was hyped in the few months leading up to the release proper, starting off with releasing the most fiery track, Simba whose roar got the everyone talking for a while, followed by teasers of the entire album. The biggest move so far has been the decision to embark on a nationwide release tour with the aim of handing out FREE, well packaged physical copies of the album to just about anyone who wants it (check Vigeti’s FB Page to see when and how to get your hands on a free copy). This points to a team that understands the kind of market they have to deal with, you just have to hand it to them. When all is said and done though, does the album live up to its hype?

Mr. Vigeti showcases three different sides of Johnny Vigeti as an artist. He’s simply flexing his lyrical muscles on Cinema Ni Ya Hora. He then steps up a level with a staccato delivery backed by trap instrumentals on Buddha Rangi and finally attains lyrical beast mode on Simba, furiously destroying every rapper in sight including Khaligraph Jones and Kaka Sungura before letting Ken Ring take over the second verse. Simba is terrifyingly good, so shocking in its violence yet so appealing in its lyricism that one is caught between the need to run away for dear life and the temptation to play this track over and over again.

Vigeti is also adept at social commentary, enlisting the help of reggae greats Lutan Fyah and Gramps Morgan to provide powerful vocals. He paints a gritty picture of the state of affairs for the majority population beneath or barely above the poverty line – slum life and all its risks in Kibera, corruption and bad governance with the help of Nairoberry tour guide Abbas in Nairobi, the inevitable turning to crime to make ends meet in Scarface Dream and chasing the elusive Kenyan dream in Siku Moja.

He follows this up with the much more hopeful Iko Sawa  emphasizing counting one’s blessings no matter how tough the situation is. Nothing is really black or white in his world, everything is grey: doing bad things to feel good, the bad inevitably happening so as to bring out the good, being unable to distinguish the bad from the good etc, etc. At the end of the day, we are all trying to survive.

Finally, through this album, Vigeti walks the long road to redemption while taking stock of all the years lost in drug addiction, crime and letting all that talent lie unexploited for so long. This manifests itself in the title track and two reflective, heartbreaking and deeply personal songs: Mama  featuring Alicios Theluji  and Barua Ya Mwisho featuring Wyre.

Octopizzo – Something For You

All in all, for a 100% free album, Mr. Vigeti is a very solid production. Even though Ken Ring handles the production duties on the entire album, it has a range of varying sounds and moods, each one fitting in pretty well with the intended lyrics. This is a gritty yet gentle record – Johnny Vigeti has bared it all.