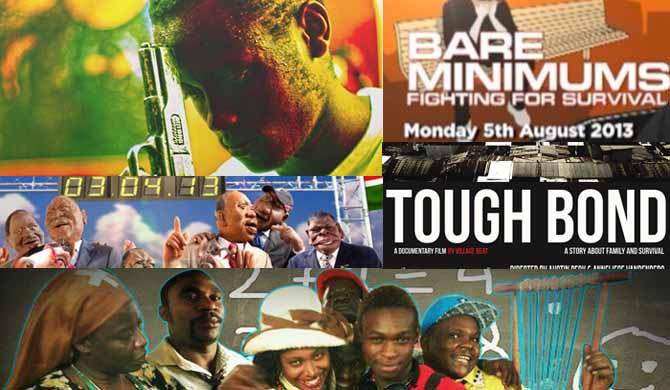 We are only five days into August but the month is already jam packed with new TV shows ready to roll out a season and others that will be in development for the rest of the month. We have come up with a list of stuff to watch out for starting from this evening and throughout the month. Our next post will be concerned with the shows that are still in development and bound to be ready by September. All this comes amid unconfirmed rumours that KTN is about to let go of one of its flagship TV shows within the month. Be prepared to see quite some change in programming in the next two months.

This short film directed by  Mark Wambui and starring House of Lungula‘s Lizz Njagah alongside Peter Kawa and Mark Kaiyare premieres today via an unprecedented online showing of the entire flick at 5.00 PM East African Time. It is a tense thriller piece about an interesting evening at a couple’s bedroom. The man apparently has a few choice words to break with his wife. Watch Deceit below or at the Chromatic Pictures Website which has lots more extras to go along with the film:

The much loved political satire show rolled out it’s eighth season beginning yesterday, just in time to catch up with the Jubilee-CORD and related shenanigans right after marking 100 Days of Uhuru Kenyatta and William Ruto took over the reigns of government. If your missed the premiere episode, watch it HERE.

Kenyan viewers of this show have had to wait for NTV Uganda to finish up with Season 3 of this show which starts tonight on NTV Kenya. Why the broadcasting of The Hostel cannot be synchronized across both stations continues to be a thorn in the flesh. Maybe it has something to do with contract nitty gritties, who knows.  As a result, Kenyans fans will still be playing catch up instead of moving at par with those in Kampala, bringing to mind those days in the 90s when folks from majuu would floss that they were four seasons ahead of us on The Bold and The Beautiful. Anyway, the students are back and hopefully up to their usual antics and endless love triangles with a dose of comedy from Sober, Twine and the rest of the cast.

We have been raving about this documentary film for a while now. Tough Bond finally comes home courtesy of Pawa 254 and will premiere this Tuesday via a private screening and a discussion with the directors at the Pawa Hub off State House Road, Nairobi. Don’t let the word “private” fool you. Entry is absolutely free. Catch it first and free if you can tomorrow.

On Our Radar: Kaa La Moto

This is yet another attempt to create a Kenyan version of Mind Your Language and enlists a few attention-grabbing comedians in to the cast. Expect the usual ethnic stereotypes cast in a classroom setting. Hopefully, there will be some storylines to follow and not just Kenyan stand-up behind desks and a blackboard. How well it will fare in the grueling war for prime-time viewership will be tested this Wednesday.

There’s a new feature on Kiss TV’s news programme, JSO @7, that will folllow the lives of slum dwellers as they eke out a living in the hustle and bustle of Nairobi. Watch the trailer below: