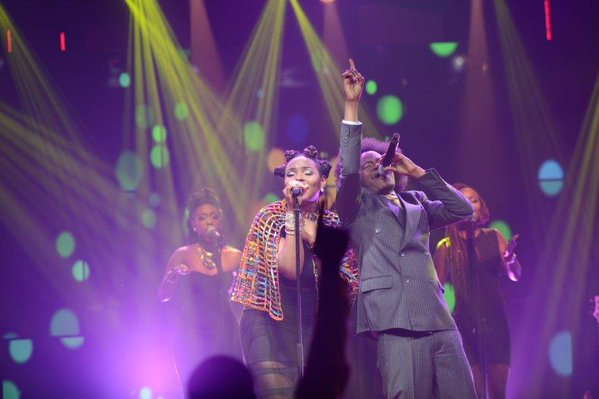 The feeling that Coke Studio Africa had plateaued by episode 3 unfortunately extends into episode 4. This episode maintained the minimum level of quality you would expect from this series but had very few memorable high points to speak of.

By and large, the episode’s strengths lay more in the production and arrangement quality of the mashups than in the effect of most of the actual performances. Owuor Arunga led the way with a smooth and lively beat on Di’ja and Hernani Da Silva’s mash up that gave a subtle nod to the chipmunk soul era that Kanye West made so popular in the early 2000s.

Nahreel’s equally interesting reworking of Fid Q’s Bongo Hip Hop and Maurice Kirya’s Ghost inspired the latter to write up new lyrics that would complement the mashup. The performance itself was somewhat lowkey, as was Victoria Kimani and Ali Kiba’s Loving You/Dushelele mashup.

While Dama Do Bling’s Feel It performance backed by Ice Prince brought some much needed oomph to the episode, the highlight of the episode was Yemi Alade and Jua Cali’s mashup. The Unknown DJ kept it as lively as possible, raising the energy levels of Yemi’s Durotimi to meet and complement the signature genge bassline from Jua Cali’s Baba Yao. It was really good work from everyone involved and deserving of entry into the Coke Studio album.

Silas Miami – Give A Little Love

Overall, there was little to write home about from this episode that didn’t go beyond the show’s own minimum standards. Will it get better than this? Let’s hope so. On to episode 5.