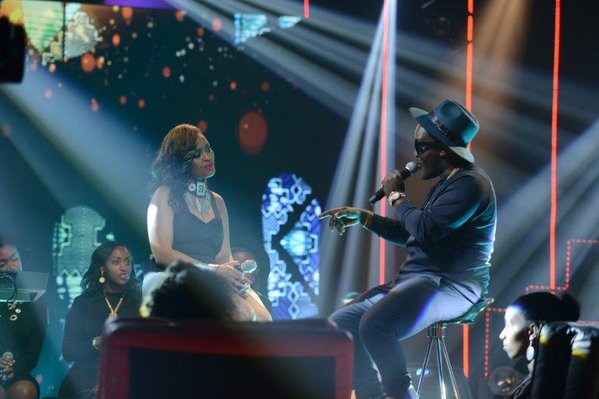 The showrunners of Coke Studio Africa must have been very pleased with the final edit of this episode because, lo and behold, it is the perfect realization of all the awesome stuff you’d expect from a mashup themed season of a Coke Studio franchise. It ticked all the right boxes, including that one hard-to-tick box: the kind of entertainment that keeps you glued to your seat for 50 or so minutes.

The Juliana-Flavour-Masterkraft trifecta of awesomeness maintained their consistent high quality with yet another beautiful mashup of Adamma and Diana. Essentially, this mashup was a meeting of East and West Africa somewhere in the heart of Congo, picking up musical influences from all over the continent along the way. This is what Coke Studio Africa is all about – uniting the continent and taking advantage of our differences and similarities.

After a somewhat shaky start, Avril and MI were the other best performers of this episode. Finally, their mashup was a product of two songs that complemented each other in terms of the music and the message. It was also an opportunity to really appreciate the  With the job already half done, it was up to producer Cobhams Asuquo to break down and combine Kitu Kimoja and One Naira for an unplugged arrangement and for the featured artistes to breathe life into the mashup. They all did their part and gave the mashup a performance worthy of entry into the Coke Studio album.

The Fid Q / Maurice Kirya and Dama Do Bling / Ice Prince combinations also stepped it up a notch from the previous episode but still not able to provide the standout hits of episode 5. Perhaps the third time will be the charm, as has happened with Avril and MI.

Elani reunited with Chidinma for her new release Remember Say, produced by Silvastone, exactly the kind of collaboration this combination needed. Yum.

Equally noteworthy were the showcases of backing vocalists Trina Mungai and Mayonde, who sound just as good on their own as they do on the BGVs. Most of the featured performances would run the risk of being a little ordinary if the three ladies at the back were not involved.

This was the best episode of the lot so far in terms of song choice, production decisions and the overall consistency in the quality of entertainment from the first minute right down to the very last second of the show.